The Girl On The Train

ABOUT The Girl On The Train

The Girl On The Train arrives at the Duke of York’s Theatre for its West End premiere this Summer.

Adapted from Paula Hawkins’ novel – an international phenomenon selling over twenty million copies worldwide – and starring Samantha Womack, this gripping new play will keep you guessing until the final moment.

Samantha Womack stars as Rachel Watson, a young commuter suddenly finding herself at the centre of a police investigation. Packed with twists and turns, boundaries are often crossed in this thrilling play where escaping reality is just a train ride away…

Rachel Watson longs for a different life.
Her only escape is the perfect couple she watches through the train window every day, happy and in love. Or so it appears. When Rachel learns that the woman she’s been secretly watching has suddenly disappeared, she finds herself as a witness and even a suspect in a thrilling mystery in which she will face bigger revelations than she could ever have anticipated.

WHO’S IN IT? THE GIRL ON THE TRAIN CAST

Samantha Womack will play Rachel Watson in The Girl on the Train. Samantha recently appeared in a national tour of The Addams Family, though she is perhaps best known for playing Ronnie Mitchell in Eastenders from 2007-2011 and 2013-2017. Her previous stage credits include South Pacific at the Barbican and Guys and Dolls at the Piccadilly Theatre.

The Girl on the Train is adapted by Rachel Wagstaff & Duncan Abel and is directed by Anthony Banks with set and costumes by James Cotterill, lighting by Jack Knowles, composition and sound by Ben & Max Ringham, video by Andrzej Goulding and fights by Alison de Burgh.

Why book The Girl On The Train tickets with us? 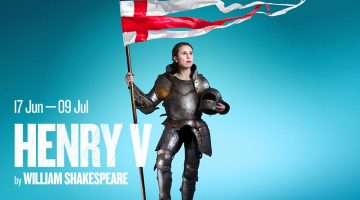