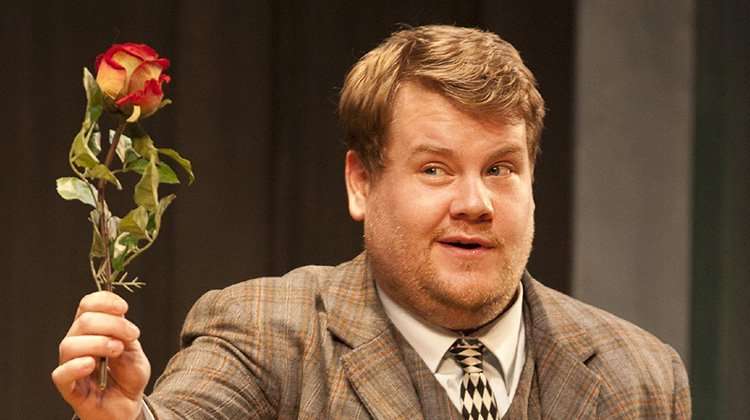 Can I watch a West End show at home?

Get your theatre fix from the comfort of your own home. Watch top West End productions for free.

What is West End Theatre?

The West End is a broad, unofficial area of central London that mainly falls within the borders of Westminster City Council, and encompasses Soho, Mayfair and parts of Fitzrovia and Marylebone. It is best known for its entertainment (including theatres!) around Leicester Square, Piccadilly Circus and Covent Garden, and its shopping districts around Oxford Street, Regent Street and Bond Street. West End Theatres are theatre venues that are predominantly located within the West End area, and are members of the trade association the Society of London Theatre (formerly the Society of West End Theatre).

What should I wear to a West End show?

We get this question more than any other! The days of ladies having to wear evening gowns and men black tie and tails is over! Some people chose to dress up for a show, particularly if visiting the opera or ballet, but most people are dressed in their normal clothes to visit the West End, whether that’s a suit and tie after the office, or a t-shirt and jeans. It is generally unacceptable for men to be bare-chested in the theatre (unless on stage!)

Here’s a quick run-down of what the different types of performance mean. Preview performances at a show are those that the producer of the show has decided to run before theatre critics are allowed to review the show. These preview performances act as an opportunity for the production team and cast of the show to perform in front of an audience, but before the show is ready to be critiqued. The opening night, or press night, then provides the critics with an opportunity to see the show. There is an unwritten gentleman’s agreement between the press and producers that critics

Should I buy theatre tickets in advance?

The short answer is yes! If you have your heart set on seeing a particular show then we always advise you to book as early as possible. Usually booking a month in advance will get you in to most in-demand shows such as The Lion King, Charlie and the Chocolate Factory or Mamma Mia!, although book earlier if you can for Saturday evening performances. Shows in high-demand such as The Book of Mormon require you to book well in advance. Some shows have tickets still available a couple of weeks leading up to the performance and even on the day, particularly

How do I buy tickets to sold out shows?

There are limited options when it comes to trying to secure tickets to sold out shows. Some theatres provide a number of tickets for purchase on the day of the show only and usually in person from the box office (notably the National Theatre do this, from 10am on the day of performance). You can also try queuing for returns at the box office – usually by arriving either at a specified time or a few hours before the show, in case any tickets have been returned to the box office. It’s worth saying that it is NEVER ever worth

How often do shows change in the West End?

You are pretty safe to bet that the long-running musicals will be here when you come to London. Shows such as Les Miserables (the world’s longest-running show!) continue to play in the West End, alongside shows such as The Lion King and The Phantom of the Opera. Plays tend to have shorter runs in London although thrillers The Mousetrap (the world’s longest-running play) and The Woman in Black are mainstays of the West End. If there are shows you are desperate to see it is always better to book in advance.

What should I see at the theatre?

We get asked a lot about what shows are worth seeing in the West End – and it’s a tough question to answer. A lot depends on personal taste. The obvious starting point is, do you want to see a musical, drama or comedy? From there it’s about things like: Who will be in my theatre party? (kids mean it needs to be a family-friendly show); What’s the occasion? (is it an important anniversary or just a regular trip into town); Is the show actually on when I want to see it? (some shows, especially plays, have short runs in

Are London theatres open every day?

Most theatres in the West End run from Monday to Saturday, playing every night plus a mid-week matinee and Saturday matinee. Increasingly some shows, such as Jersey Boys and The Lion King, run matinees on Sunday afternoon and don’t open on Monday evenings.  See our guide to Sunday shows here.

Do you tip theatre staff?

Tipping is not required for box office staff or theatre ushers. You may want to tip the bar staff, and if the theatre has a restaurant (such as the National Theatre) it is usual to tip waiting staff.

What are the areas of a theatre auditorium?

Can I buy show merchandise?

All London theatres sell theatre programmes within the venue. They are unfortunately not free like Broadway’s Playbill programmes, but have greatly improved over the years (mainly thanks to the efforts of Lyn Haill at the National Theatre) and usually feature interesting articles about the show and wider articles about London theatre in general alongside all of the usual cast bios and info. Many theatres – particularly the big musicals – also offer a range of merchandise including DVDs, CDs, posters, books and celebration items such as t-shirts, mugs and fridge magnets. You can also buy show merchandise from online stores such as Amazon (visit

Organising a trip to London

If you are coming to London on holiday or for business then seeing a West End show is one of the primary things to do in London. It is always best to plan what are you going to see before your trip – using our Shows Guide, or guides supplied by the Society of London Theatre. If you haven’t booked your tickets before your trip then you have a few options. Most major ticketing websites such as ours offer ticket sales right up to the day of performance, allowing you to book online and then pick up your tickets from

Where can I buy discount tickets?

Buying discounted and cheap tickets to West End shows A number of major London Theatre websites including WestEndTheatre.com provides special offers and discounts on shows (see our Offers Guide here). Other sites include BargainTheatre.com, Love Theatre.com and LondonTheatreDirect. If you are feeling spontaneous and are in London on the day you want to see a show, then the Society of London Theatre’s official Half Price Ticket Booth in Leicester Square is also a good source of reduced-price tickets. Also some theatres offer Day Seats directly from the theatre’s box office on the day of performance and at a discount.

What else should I do in London?

Believe it or not but there are also other things to do in London besides go to the theatre! Our favourites include: Theatre backstage tours are a great way of getting to see behind-the-scenes of some of London’s great theatres. (See our 5 of the best backstage tours list) There are also a number of theatre-related museums and exhibits in London including the theatre collection at the V&A Museum. (See our 5 of the best theatre exhibitions list) Also see our guide to Visiting London for more information on London sightseeing, attractions and things to do.