Whoopi Godlberg is an American actress, comedian, author, and television personality widely regarded for her performances in films The Color Purple, Ghost, and of course Sister Act.

Nominated for 13 Emmy Awards she is one of few people to who have won an Emmy Award, Grammy Award, Oscar and Tony Award.

Whoopi will reprise the role of Deloris Van Cartier for the first time on stage since appearing in the hugely successful films Sister Act and Sister Act 2: Back in the habit.

A current co-host of US daytime talk show The View, Whoopi’s long career includes films Ghost, The Color Purple, Jumping Jack Flash, How Stella Got Her Groove Back, Soapdish as well as stage credits for A Funny Thing Happened on the Way to the Forum and Xanadu on Broadway, Ma Rainey’s Black Bottom and her own acclaimed one-woman show.

She is also a four-time host of the Oscars.

Fans of the original West End production will remember Goldberg briefly appearing as Mother Superior at the London Palladium in 2010. 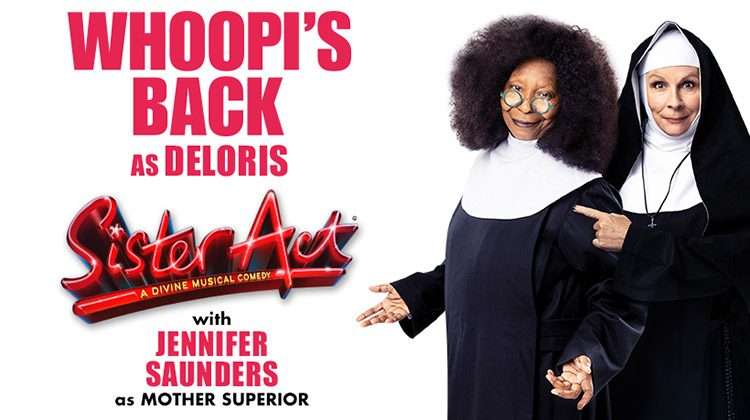