Hallelujah, Praise the Lord, for Sister Act The Musical is heading back to London starring Whoopi Goldberg and Jennifer Saunders.

The Emmy, Grammy Oscar and Tony award winner will reprise the role of Deloris Van Cartier for the first time on stage since appearing in the hugely successful films Sister Act and Sister Act 2: Back in the habit.

A current co-host of US daytime talk show The View, Whoopi’s long career includes films Ghost, The Color Purple, Jumping Jack Flash as well as stage credits for A Funny Thing Happened on the Way to the Forum and Xanadu on Broadway, Ma Rainey’s Black Bottom and her own acclaimed one-woman show. She is also a four-time host of the Oscars.

Fans of the original West End production will remember Goldberg briefly appearing as Mother Superior at the London Palladium in 2010.

Whoopie will be joined on stage by BAFTA award winning actress, comedian and writer Jennifer Saunders in the role of Mother Superior. Saunders recently appeared on stage in Lady Windermere’s Fan at the Vaudeville Theatre and Blithe Spirit at Bath Theatre Royal, which transfer to the Duke of York’s next year.

Producer Jamie Wilson said ‘It has been so exciting to work with Whoopi, Alan Menken, Douglas Carter Beane and Glenn Slater to revise and refresh Sister Act for this newly adapted production. This is a very special one-off opportunity created just for London to see one of the most loved actors of our time playing the part she is so famous and so loved for.”  he added “The addition of Jennifer means that Sister Act truly promises to be the ultimate night of laughs and smiles with two comedy greats.”

The new production will be directed by Bill Buckhurst, with choreography by Alistair David, Set Design by Morgan Large,  Lighting Design by Tim Mitchell, Sound Design by Tom Marshall and Musical Supervision by Stephen Brooker.

Casting is by Stuart Burt with auditions beginning in November 2019.

Blessed with a heaven-sent mix of comedy and uplifting disco, funk, soul and Motown-inspired tunes, Sister Act The Musical tells the hilarious story of nightclub singer Deloris van Cartier, whose life takes a surprising turn when she witnesses a murder.

Pursued by the mob, Deloris takes refuge in a convent and under the suspicious watch of Mother Superior, helps her fellow sisters find their voices as she unexpectedly rediscovers her own.

The new production will play a limited 39 performances at the Eventim Apollo in London. 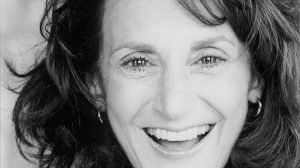