Simon Beaufoy has adapted his Oscar-nominated screenplay of The Full Monty into an hilarious new play, running at the Noel Coward Theatre in the West End from 20 February 2014.

Based on the smash-hit film, the stage play features songs from the movie by Donna Summer, Hot Chocolate and Tom Jones.

“The play received a riotous reception in Sheffield earlier this year, and looks all set to be a smash-hit in London” Sunday Times

“A total blast” The Guardian

“Hot stuff… a monster of a show” The Daily Express 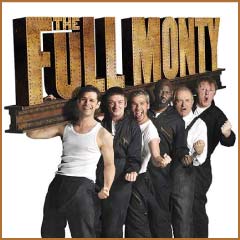 News about The Full Monty
More >