Now starring Ruthie Henshall, Billy Elliot is the Olivier and Tony Award-winning musical based on one of Britain's most successful films, and featuring songs by Elton John. 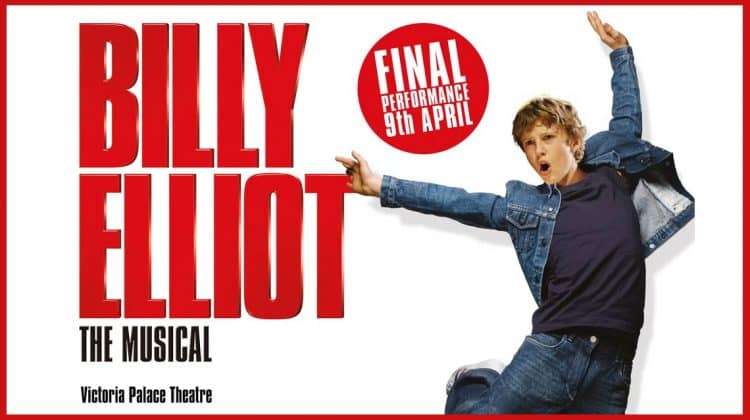 Now starring Ruthie Henshall, Billy Elliot is the Olivier and Tony Award-winning musical based on one of Britain’s most successful films, and featuring songs by Elton John.

One of the most celebrated, award-winning musicals on stage today, Billy Elliot has been dazzling London’s West End since 2005, and has gone on to captivate audiences around the world.

With unforgettable music by Elton John, sensational dance and a powerful storyline, this astonishing theatrical experience will stay with you forever.

Now seen by over 9 million people worldwide, there’s never been a better time to see Billy Elliot the Musical.

Directed by Stephen Daldry with choreography by Peter Darling, the show features music by Elton John, has a book and lyrics by Lee Hall, who wrote the original screenplay for the hit British movie.

Set in a northern mining town, against the background of the 1984/’85 miners’ strike, Billy Elliot is the inspirational story of a young boy’s struggle against the odds to make his dream come true. Follow Billy’s journey as he stumbles out of the boxing ring and into a ballet class where he discovers a passion for dance that inspires his family and whole community and changes his life forever.

Running Time: 3 hours; Age Restrictions: Contains frequent strong language, children under 7 will not be admitted. Not recommended for children under 12. Children under 16 must be accompanied by an adult: Important Info: Contains some bad language and violence. Ruthie Henshall will not appear on selected Tuesday performances.

Why book Billy Elliot tickets with us?