The Donmar production of City of Angels transfers to the Garrick Theatre, London

ABOUT City of Angels

Josie Rourke’s “ingenious, stupendous revival” (The Telegraph) premiered in 2014, when it was hailed as “a blissful evening” (The Stage) that’s “smart, seductive and very funny” (Evening Standard).

With a swinging score by Cy Coleman and David Zippel and a brilliantly witty book by Larry Gelbart, CITY OF ANGELS is a musical love letter to the glamorous world of old Hollywood and film noir.

City of Angels is booking from 7 March 2020 until 5 September 202 at the Garrick Theatre, London.

A screenwriter with a movie to finish.

A private eye with a case to crack.

But nothing’s black and white when a dame is involved.

And does anyone stick to the script in this city?

This is Tinseltown. You gotta ask yourself: what’s real…and what’s reel…

WHO’S IN IT? CITY OF ANGELS CAST

Written by Larry Gelbart with music and lyrics by Cy Coleman and David Zippel.

★★★★★ “Ingenious, delightful and frothing with wit. A stupendous revival.” The Daily Telegraph

★★★★★ “This heavenly musical is easily the punchiest, most intelligent in town. A blissful evening” The Stage

Buy City of Angels tickets at the Garrick Theatre by using the Search Box at the top of the page or by clicking the Buy Now button above. You will be purchasing tickets via our preferred ticketing partner Encore Tickets, who are a fully bonded and licensed ticketing company and members of STAR - the Society of Ticket Agents and Retailers. Encore offer real-time ticketing with confirmed seat locations at the time of booking so you know your seat numbers before you book your City of Angels tickets.

Why book City of Angels tickets with us? 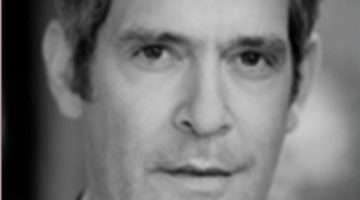