A new star is born in Victoria Hamilton Barritt, playing Alex in Flashdance The Musical 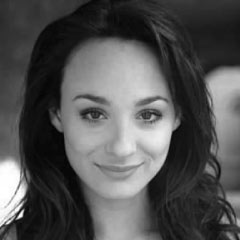 There’s nothing like having the most famous choreographer in the UK as your champion, but that’s what Victoria Hamilton Barritt’s got.

Arlene Phillips, former Strictly Come Dancing judge and choreographer of just about everything (including Grease, Starlight Express, We Will Rock You, Saturday Night Fever and the forthcoming The Wizard of Oz), said of Victoria when they were casting for Flashdance: “After searching the country high and low and seeing hundreds of girls for the part of Alex, I suddenly remembered the stunning Victoria Hamilton-Barritt who had played a leading role in Saturday Night Fever in the West End and invited her to audition. She is the only girl who we believe can sing, act and dance this role to the standard we need’.

That’s quite something from the “Queen of mean”.

Victoria trained at the Urdang Academy of Performing Arts in London and has worked constantly since, acting, singing and dancing her way through a range of West End shows and UK tours including creating the role of Alex for the UK Tour of Flashdance The Musical, her recent gig as Rizzo in Grease at the Piccadilly Theatre, Mamma Mia! at the Prince of Wales Theatre, Fame at the Aldwych Theatre, Desperately Seeking Susan at the Novello Theatre as well tours of Saturday Night Fever and West Side Story.

Arlene Phillips has also been quoted as saying that in this new production of the show (Arlene has dumped the choreography from the UK tour in favour of a whole new look), she wants “strong girls with strong thighs and strong bodies… I want girls who can spin on their heads and not break.”

We know that Victoria can do it.