The celebrated actress, who recently starred in Electra at the Old Vic and will shortly star as The Queen in Peter Morgan’s revival of his play The Audience at the Apollo Theatre in April, will be made a dame.

Actor John Hurt, one of the most prominent screen actors of his generation, has also been honoured with a much overdue knighthood for work including The Elephant Man, Midnight Express and The Naked Civil Servant.

Joan Collins has also been awarded a damehood, for all of her charitable and philanthropic work, under the diplomatic and overseas honours list for 2015.

Other West End figures to be honoured in the New Year list include CBEs for Meera Syal MBE who is currently starring in David Hare’s new play Behind the Beautiful Forevers at the National Theatre, the Southbank Centre’s artistic director Jude Kelly, opera and theatre director Richard Jones and Chief Executive of the Arts Council England, Alan Davey.

Actors and actresses in the list include James Corden and Sheridan Smith, both of whom get an OBE. The pair starred together in TV comedy Gavin and Stacey and both have impressive stage and screen credits including Corden’s current Hollywood movie of Sondheim’s Into the Woods and his award-winning stage role in Richard Bean’s One Man Two Guvnors, and Smith’s screen work in recent ITV drama Cilla and acclaimed West End roles including Legally Blonde The Musical.

Actress Emily Watson is also honoured with an OBE.

Two prominent theatre designers are celebrated on the list, with Olivier Award winner Es Devlin getting an OBE for work that includes Chimerica and forthcoming West End transfer The Nether, and an MBE for theatre designer Tom Piper who designed the Poppies installation at the Tower of London and is an RSC associate designer. 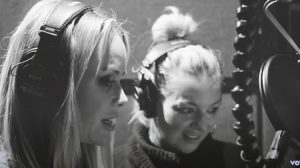 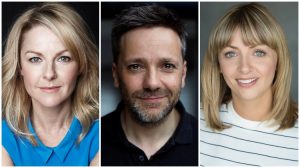 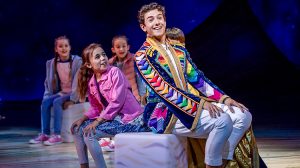