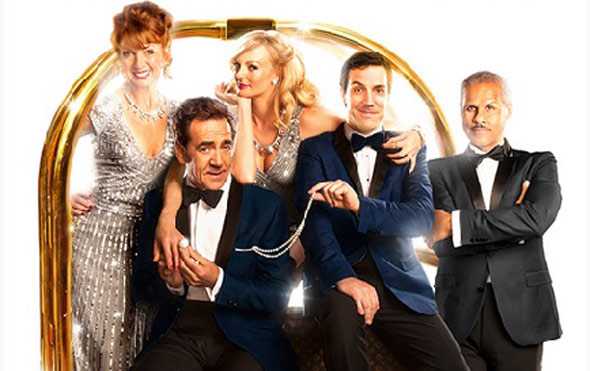 Now playing at the Savoy Theatre, this UK premiere of the hit musical is based on the 1988 movie starring Michael Caine and Steve Martin.

Lindsay and Gaumond are joined in the show by acclaimed actress Katherine Kingsley (Singin’ in the Rain) as Christine Colgate, Bonnie Langford as Muriel Eubanks and Gary Wilmot as Andre Thibault.

Directed and choreographed by Tony Award winning Jerry Mitchell (Kinky Boots, Legally Blonde), Dirty Rotten Scoundrels features music and lyrics by David Yazbek (The Full Monty) and a book by the Golden Globe winner Jeffery Lane (Women on the Verge of a Nervous Breakdown) and set and costumes are by Peter McKintosh.

HURRY – MUST END AT THE SAVOY THEATRE in MARCH 2015

Against the glamorous backdrop of the French Riviera, this musical comedy centres on the decadent world of sophisticated conman Lawrence Jameson (Robert Lindsay), whose world is set to come crashing down with the arrival of rival conman Freddy Benson (Alex Gaumond). As the two go head-to-head to out-con each other and the affections of soap heiress Christine Colgate (Katherine Kingsley).

Age Restrictions: Suitable for ages 8+; Robert Lindsay will not be appearing from Tuesday 4th November to Saturday 8th November.

Why book Dirty Rotten Scoundrels tickets with us? 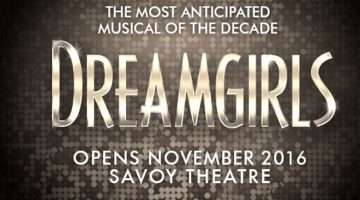