Tickets go on sale today (5 April 2011) for Ian Rickson’s new production of Harold Pinter’s Betrayal starring Kristin Scott Thomas, Douglas Henshall and Ben Miles. Betrayal, produced by Sonia Friedman Productions, will have its first preview at the Comedy Theatre on 27 May 2011 with press night on 16 June and is booking until 20 August 2011.

“I’ve always rather liked Jerry. To be honest, I’ve always liked him rather more than I’ve liked you. Maybe I should have had an affair with him myself.” Sometimes you’ll find there can be three people in a marriage…… Over a period of nine years, we are shown the high price of passion and the damage inflicted by desire. Harold Pinter’s play explores how our loves and our losses echo and accumulate through time.

Kristin Scott Thomas was last on stage playing Arkadina in Ian Rickson’s celebrated production of The Seagull at the Royal Court Theatre for which she won the 2008 Laurence Olivier Award for Best Actress, reprising the role on Broadway at the Walter Kerr Theater the following year, produced by Sonia Friedman Productions. Her other theatre credits include Jonathan Kent’s production of As You Desire Me and Michael Blakemore’s production of Three Sisters both for the Playhouse Theatre in London. Her extensive film credits include most recently Sous Ton Emprise, Une Femme Parfaite and Nowhere Boy as well as Easy Virtue, The Other Boleyn Girl, the multi-award winning Gosford Park, The Horse Whisperer, The English Patient, Mission Impossible, Angels & Insects, for which she won the Evening Standard British Film Award for Best Actress, and Four Weddings and a Funeral, for which she won a BAFTA Award for Best Actress in a supporting role and the Evening Standard British Film Award for Best Actress. She has just finished filming Bel Ami and Salmon Fishing in Yemen, both due for release later this year. On television her credits include Gulliver’s Travels, Belle Epoque, Body and Soul, Weep No More My Lady and The Secret Life of Ian Fleming.

Douglas Henshall was last on stage playing Satan in The Last Days of Judas Iscariot at the Almeida Theatre. His other theatre credits include The Cryptogram for the Donmar Warehouse, Death of a Salesman at the Lyric Theatre, The Crucible for Sheffield Theatres, The Coast of Utopia for the National Theatre and American Buffalo for the Young Vic. He is best known on television for playing Nick Cutter in the long running ITV series Primeval. His other extensive television credits include Joe Astell in South Riding, Jim in The Silence and Conan Doyle in The Strange Case of Sherlock Holmes and Arthur Conan Doyle, all for the BBC, Alex Gansa in Lewis and D.I. John Tolin in Collision, both for ITV and Daniel Nash in Psychos for Channel 4. His many film credits include Dorian Gray, French Film, Flying Lessons, Dead Long Enough, Ripley Underground, It’s all About Love, The Lawless Heart, This Year’s Love, If Only, Fast Food, The Big Man and Angels and Insects in which he starred alongside Kristin Scott Thomas.

Ben Miles was last on stage playing the Duke in Michael Attenborough’s production of Measure for Measure at the Almeida Theatre. Previously his theatre credits included Tom in Matthew Warchus’ multi award-winning production of The Norman Conquests both at the Old Vic and on Broadway, produced by Sonia Friedman Productions, My Child for the Royal Court, Bolingbroke in Richard II for the Old Vic, The Cherry Orchard, The London Cuckolds and Mary Stuart for the National Theatre and Two Gentlemen of Verona, Hamlet and Romeo and Juliet for the Royal Shakespeare Company. His many television appearances include leading roles in Coupling, Lark Rise to Candleford, Freezing and Sex, The City and Me all for the BBC and Cold Feet for ITV as well as roles in Prime Suspect, Hustle, Sea of Souls and Trial and Retribution. His film credits include Speed Racer, V for Vendetta, The Affair of the Necklace and The Wings of a Dove.

Written by Harold Pinter in 1978, the world premiere of Betrayal took place at the National Theatre, directed by Peter Hall with a cast comprising Daniel Massey, Michael Gambon and Penelope Wilton and went on to win the Laurence Olivier Award for Best New Play. In 1983 David Jones directed the Academy Award and BAFTA nominated film of Betrayal with Patricia Hodge, Jeremy Irons and Ben Kingsley.

Born in 1930 in East London, playwright, screen writer, director, political activist and actor Harold Pinter wrote thirty-two plays, twenty-two screenplays and directed thirty-six theatre productions. He received the Nobel Prize for Literature in 2005, and was awarded the Companion of Honour in 2002. His many awards include the Laurence Olivier Award and the Moliere D’Honneur for Lifetime Achievement, the European Theatre Award and the Legion d’Honneur. In October 2006 Pinter performed Samuel Beckett’s monologue Krapp’s Last Tape at the Royal Court Theatre, directed by Ian Rickson. Harold Pinter was married to Antonia Fraser, with whom he lived from 1975 until his death in 2008.

Ian Rickson most recently directed the critically acclaimed production of Lillian Hellman’s The Children’s Hour which continues its run at the Comedy Theatre until 7 May 2011. Rickson was Artistic Director of the Royal Court from 1998-2006 where his many productions included Krapp’s Last Tape which he also directed for BBC4, Fallout which he also directed as a film for Channel 4 and The Weir and Mojo both of which transferred to the West End and Broadway. He has directed Jez Butterworth’s The Winterling, The Night Heron, Mojo and Parlour Song as well as Jerusalem, which, following sell-out runs at the Royal Court and in the West End, will begin previews on Broadway on 2 April 2011 starring Mark Rylance. For the National Theatre he has directed The Hothouse and The Day I Stood Still. 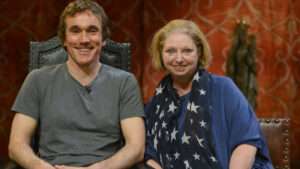 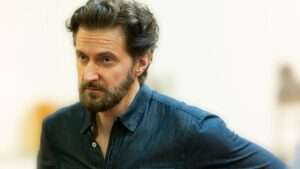 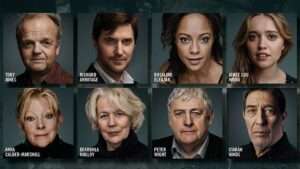 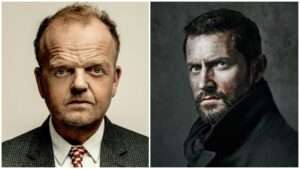