A hilarious whodunnit, Curtains will have you laughing and guessing right to the final curtain.

It is murder putting on a new musical – literally! Jessica Cranshaw, star of the new Broadway-bound musical Robbin Hood, has been murdered on stage on opening night! The entire cast and crew are suspects. Time to call in the local detective, Frank Cioffi, who just happens to be a huge musical theatre fan. With a nose for crime and an ear for music, Frank has his work cut out trying to find the killer whilst giving the show a lifeline.

WHO’S IN IT? CURTAINS CAST

Directed by Paul Foster, with choreography by Alistair David, set design by David Woodhead and costume design by Gabriella Slade.

★★★★ “Curtains is a dazzling curiosity for musical theatre completists and smart, warm-hearted entertainment for all.” Guardian

Why book Curtains tickets with us? 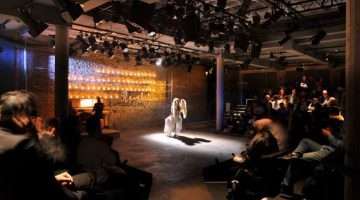