Olivier award winning actress Janie Dee is to star in the European premiere of The Niceties at the Finborough Theatre in London.

Described as a “bristling, provocative debate play” New York Times as well as “blisteringly smart, searing and revealing!” The Boston Globe, the play originally ran at the Huntington Theatre in Boston, before transferring to the off-Broadway Manhattan Theatre Club.

The play will be directed by Matthew Iliffe, with set and costume design by Rachel Stone and lighting design by Lucía Sánchez Roldán.

The Niceties will run from 1 October until 26 October 2019 at the Finborough Theatre, London. 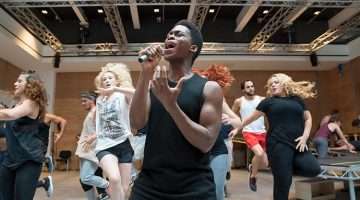