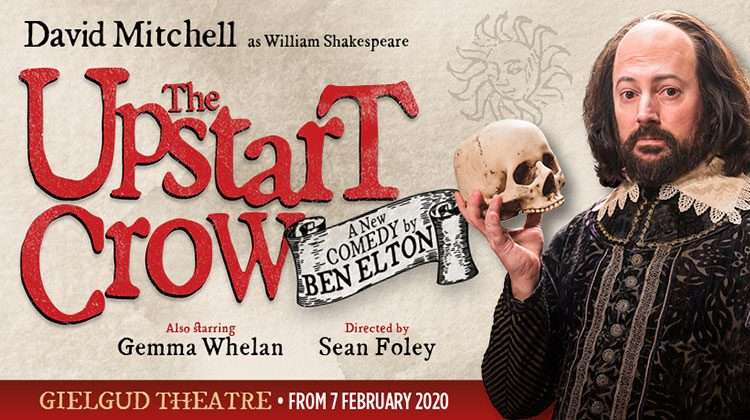 Olivier Award winner Sean Foley (The Ladykillers, Jeeves and Wooster and The Miser) will direct a new stage adaptation of the hit BBC comedy Upstart Crow.

Written specifically for the stage by Ben Elton this laugh-out-loud comedy will star David Mitchell (Peep Show, Would I Lie To You?) as William Shakespeare alongside Gemma Wheelan (Game of Thrones, Gentleman Jack) as the bards friend and house-keeper Kate.

It is 1605 and England’s greatest playwright is in trouble. King James has been on the throne for two years and Will Shakespeare has produced just two plays, both of which being generally considered to resemble the large semi-flightless birds recently discovered pecking corn and going ‘gobble gobble’ in the New World. Measure for Measure was incomprehensible bollingbrokes by any measure and All’s Well That End’s Well didn’t even end well. Will must lift his game or risk his head. Those who work at the pleasure of the King live in constant fear of his favour. No one has forgotten what happened to Henry VIII’s marriage guidance councillor.

Will desperately needs to come up with a brilliant new plot but he is finding it impossible to focus on finding one. He’s too distracted by family troubles. He’s considering dividing all his lands and property between his jealous, squabbling daughters and, to add to the confusion, two shipwrecked, Moorish, cross-dressing, identical twins have just arrived, separately and unaware of each other, at his door. How the futtock can a Bard be expected to find a plot for a play with all that is going on in the house?

To make matters worse Will’s friend and housekeeper Kate, horrified at the exploitation of showbiz animals for entertainment, has recently ‘liberated’ The Globe Theatre’s prize dancing bear. Kate intends to keep the poor distressed animal in the scullery until she can reintroduce her into the wild, but Mrs Whiskers (who was born to dance) has other plans. You can take the dancing bear out of the theatre, but you can’t take the theatre out of the dancing bear.

WHO’S IN IT? UPSTART CROW CAST

The cast features David Mitchell (Peep Show, Would I Lie To You?) and Gemma Whelan (Game of Thrones, Gentleman Jack).

Written by Ben Elton with direction from Sean Foley. 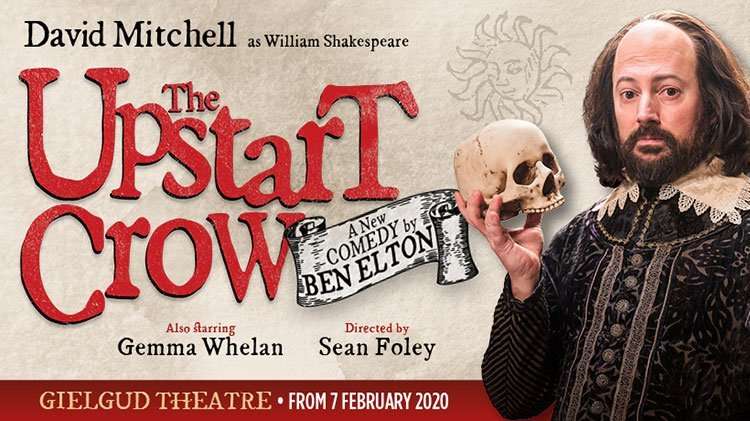 Buy Upstart Crow tickets at the Gielgud Theatre by using the Search Box at the top of the page or by clicking the Buy Now button above. You will be purchasing tickets via our preferred ticketing partner Encore Tickets, who are a fully bonded and licensed ticketing company and members of STAR - the Society of Ticket Agents and Retailers. Encore offer real-time ticketing with confirmed seat locations at the time of booking so you know your seat numbers before you book your Upstart Crow tickets.

Why book Upstart Crow tickets with us?

A Very Very Very Dark Matter at the Bridge Theatre