The latest smash-hit by “Britain’s best director” (Telegraph) is a “provocative, wonderfully upsetting” (Independent) whirlwind of gender, race and identity politics, and a “devastating play for today” (Financial Times).

First, do no harm.

On an ordinary day, at a private hospital, a young woman fights for her life. A priest arrives to save her soul. Her doctor refuses him entry.

In a divisive time, in a divided nation, a society takes sides.

WHO’S IN IT? THE DOCTOR CAST

Juliet Stevenson has worked extensively for the RSC, National Theatre and The Royal Court Theatre.  Her recent stage credits include Mary Stuart, Hamlet & Duet For One (Almeida Theatre); Wings and Happy Days (Young Vic). Her screen work includes Truly, Madly, Deeply; Bend it Like Beckham; When Did You Last See Your Father?; Being Julia; Pierrepoint; Mona Lisa Smile; Departure; Riviera; One of Us; The Enfield Haunting; Atlantis and The Village.

Full casting to be announced

Directed by  Robert Icke with set and costume designs by Hildegard Bechtler, lighting by Natasha Chivers, sound and composition by Tom Gibbons and casting by Julia Horan.

★★★★”Provocative, deft and disturbing” The Times

★★★★★ “A towering performance that will surely win awards” The Telegraph

★★★★ “One of the performances of the year, a display of gut-felt rigour from Juliet Stevenson” Evening Standard

Official West End Theatre tickets for The Doctor at the Duke of York's Theatre, London

Buy The Doctor tickets at the Duke of York's Theatre by using the Search Box at the top of the page or by clicking the Buy Now button above. You will be purchasing tickets via our preferred ticketing partner Encore Tickets, who are a fully bonded and licensed ticketing company and members of STAR - the Society of Ticket Agents and Retailers. Encore offer real-time ticketing with confirmed seat locations at the time of booking so you know your seat numbers before you book your The Doctor tickets.

Why book The Doctor tickets with us? 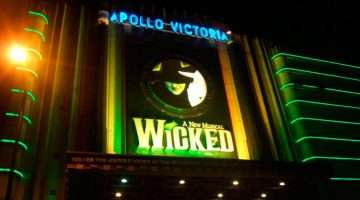