Foxfinder to close after 6 weeks into 17 week run

The West End production Dawn King’s play Foxfinder will close early, with the final performance set for 20 October 2018 at The Ambassadors Theatre.

The psychological thriller which stars Game of Thrones’ actor Iwan Rheon and Poldark’s Heida Reed opened to mixed reviews last month and was due to run until 5 January 2019. It will close after six weeks.

Directed by Rachel O’Riordan, King’s unsettling and darkly comic drama is set on an underperforming farm where a professional ‘foxfinder’ has been sent to find out why.

Foxfinder is produced in the West End by Bill Kenwright.

New musical comedy Eugenius! The Musical will run at the theatre from 29 October until 5 January 2019.

Foxfinder is booking until 20 October 2018 at The Ambassadors Theatre, London. 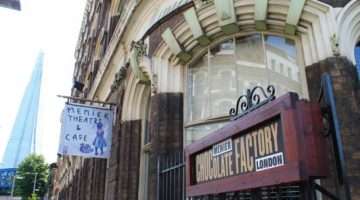