Danny Dyer and Joe Brand will star alongside Simon Lipkin in the London run of Nativity! The Musical this Christmas.

Dyer is currently gracing tv screens as ‘Mick Carter’ in BBC ONE’s EastEnders, a role which has won him ‘Best Soap Actor’ at this month’s ‘TV Choice Awards whilst Brand is the host of tv show Great British Bake Off: An Extra Slice. 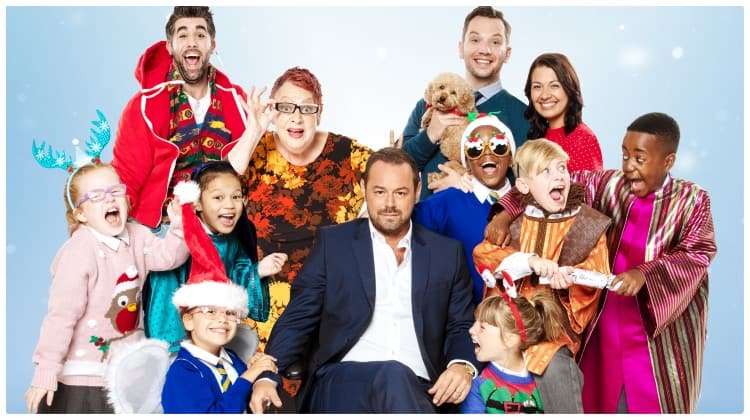 Danny Dyer made his breakthrough in the cult 90s film Human Traffic and has since gone on to play numerous hard men in films such as ‘The Business’ and ‘The Football Factory’.

Following his run in Nativity, he will next be seen on stage with Martin Freeman in Harold Pinter’s The Dumb Waiter.

Dyer’s previous stage credits Include, ‘Kurt and Sid’ at the Trafalgar Studios, ‘No Man’s Land’ at The National Theatre, ‘Celebration’, ‘Certain Young Men’ and ‘The Homecoming, all at The Almeida Theatre.

Danny was thrown into the spotlight earlier this year when his daughter was cast in hit reality series Love Island which she subsequently won.

Joe Brand made her name as a comedian appearing on popular panel shows ‘Have I Got News For You’, ‘QI’, ‘Would I Lie To You’ and ‘8 out of 10 Cats Does Countdown’. The host of Great British Bake Off: An Extra Slice has wrote and starred in the television comedy ‘Getting On’ for which she won a BAFTA.

Danny, Joe and Simon will be joined by Scott Garnham (Made in Dagenham, Les Misérables) as ‘Mr Maddens’  and Ashleigh Gray (Elphaba in Wicked) will play ‘Jennifer Lore’.

Assassins at the Menier Chocolate Factory