Alexandra Burke will join the West End cast of Chicago The Musical early next month.

She most recently  dazzled audiences in the West End revival of Chess alongside Michael Ball at the London Coliseum. Her growing list of theatre credits includes playing the lead role of Rachel Marron in The Bodyguard musical in the West End and UK Tour, and Deloris Van Cartier in Craig Revel-Horwood’s production of Sister Act. 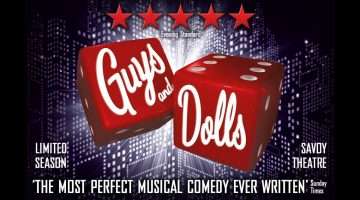 Guys and Dolls at the Savoy Theatre