In The Bar of A Tokyo Hotel starring Linda Marlow at the Charing Cross Theatre.

One of Tennessee Williams most extraordinary and complex plays rarely seen on the London stage.  Directed by Robert Chevara and starring Linda Marlowe, In The Bar of A Tokyo Hotel  is a moving exploration of marital breakdown and the artist’s desire to create.   At turns hilarious and heartbreaking, Williams’ witty, mesmerising and profound masterpiece was last seen in London in 1983, the year of his death.

Mark is a world-famous painter afraid he has lost his inspiration. His desperate, ambitious wife Miriam sees only his failure and disintegration. But Mark can sense a new art-form developing, and both characters embark on a journey of self-discovery.

Linda Marlow is an Australian film and television actress. She is known for playing Sylvie Carter in EastEnders and Tinker Tailor Soldier Spy (2011), The House of Mirth (2000) and Hellraiser: Deader (2005).

Directed by Robert Chevara, with design by Nicolai Hart Hansen, lighting design by Andrew May and costume design by Jonathan Lipman.

Performance dates
Booking to 14 May 2016

News about In The Bar of A Tokyo Hotel
More > 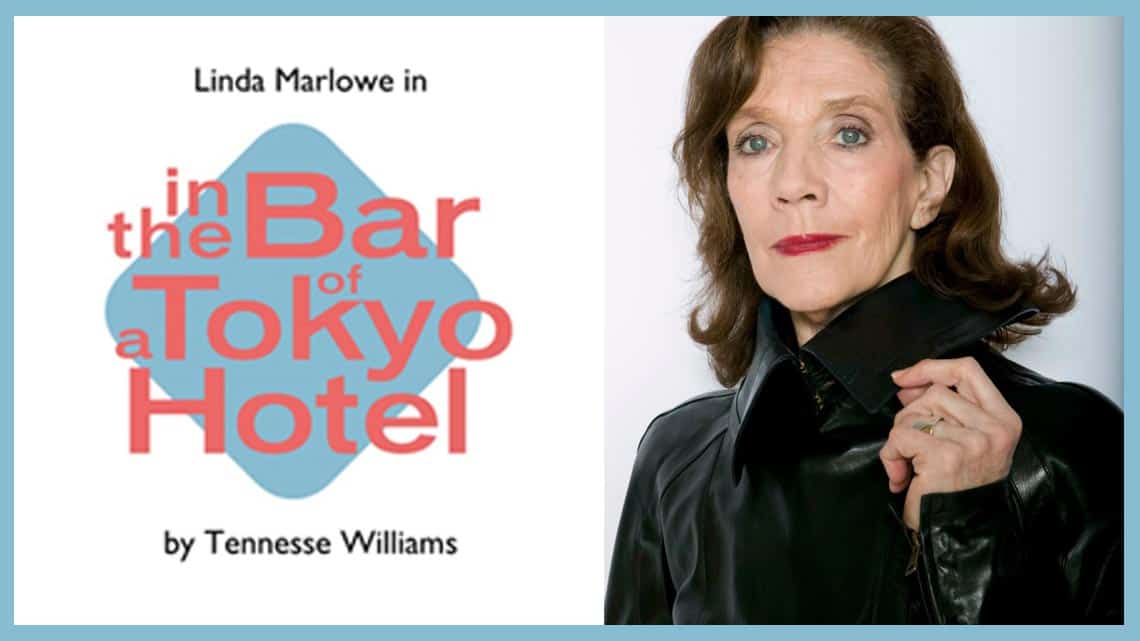