Writer, artist and Soho dandy Sebastian Horsley has died aged 47. He was found in his flat on Meard Street in Soho having suffered a suspected heroin overdose.

A new play about his life starring Milo Twomey (Brief Encounter) opened just two days ago at the Soho Theatre in London, adapted from Horsley’s book Dandy of the Underworld by Tim Fountain.

The play has been cancelled this evening as a mark of respect to Horsley, although will continue from tomorrow. A statement from Soho Theatre states, “We are deeply saddened and reeling from the shock of Sebastian Horsley’s death… Over the past six months whilst the play was being developed we all worked closely with Sebastian and struck up a deep affection for the man behind the public persona. It was a privilege to work with, and get to know this extraordinary man.”

Writer and director of the play Tim Fountain said: “Sebastian in print and Sebastian in person were two very different people.  The real man was one of the sweetest, kindest, funniest people I ever had the privilege of meeting. But as Sebastian himself always said, he was hard wired for extremes, and extreme ways of living bring with them great risks as well as rewards. I’m devastated.”

Writer Toby Young, a friend of Horsley, said today: “I’m still reeling from the shock. I’ve met a few Soho characters in my day and most of them were drunken bores. Not Sebastian. He styled himself an artist, but his true genius was for conversation.”

Journalist and friend Tom Jeffreys said about Sebastian and the play: “In email correspondence I had with Sebastian back in April he joked that he had cancer and declared, ‘I have been trying for sometime to develop a lifestyle that doesn’t require my presence. It seems I have finally been successful’.”

Famous for attempting to crucify himself in the Philippines in 2000 and for claiming that he had slept with over one thousand prostitutes, Horsley inherited wealth from his family and made significant money playing the stock market in the 1990s. However, his fortune had been eroded significantly in recent years.

In a recent interview with David Hayles for The Times, Horsley was asked about whether he felt lonely living alone, on his terms: “I haven’t really had a life, I’ve just sat in a room and died. That’s what we all do”.

The play was largely well received by the critics, with Jane Edwards in Time Out saying that, “Tim Fountain, who directs and has adapted Horsley’s autobiography, likes these defiant rebels and has put together an entertaining show. But, for all Twomey’s charm, you can’t help wishing that Horsley would stroll across the street and take to the stage himself”. 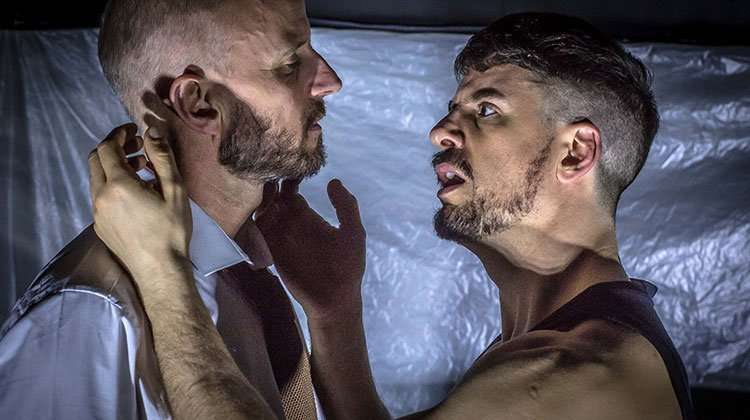