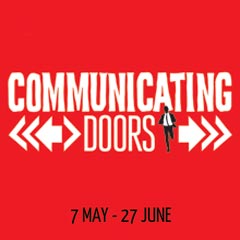 Lindsay Posner previously directed Abigail’s Party at the Chocolate Factory and he currently has Harvey at the Theatre Royal Haymarket and Hay Fever coming to the Duke of York’s in London’s West End.