Farinelli and the King

Farinelli and the King starring Mark Rylance at the Duke of York's theatre. 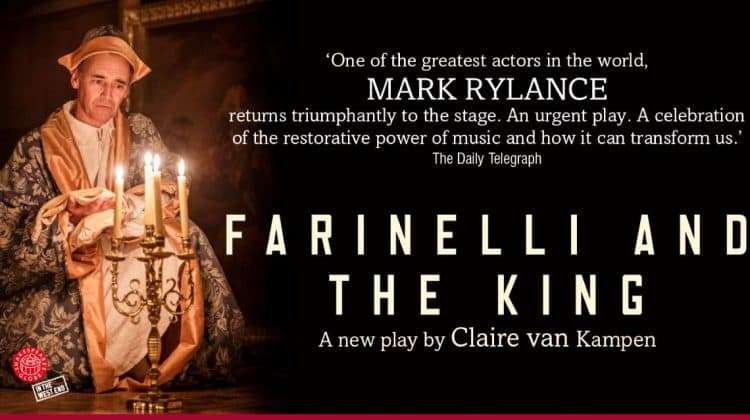 ABOUT Farinelli and the King

Farinelli and the King starring Mark Rylance at the Duke of York’s theatre.

Claire van Kampen’s sumptuous new play, starring Mark Rylance is an off-kilter historical comedy-drama replete with many of the arias first sung by the celebrated castrato Farinelli. It premiered at the Sam Wanamaker playhouse in 2015 to great acclaim and will play a strictly limited run from 14 September 2015 until 5 December 2015 at the Duke of York’s theatre.

Set in eighteenth-century Spain, Claire van Kampen’s moving and mesmerising new play tells the intriguing true story of Farinelli, once the world’s most famous castrato and one of the greatest celebrities of his time, and his decision to trade fame and fortune in the opera-houses of Europe for a life of servitude at the court of King Philippe V.

This sumptuous and enchanting play explores the dynamics between Farinelli and the royal couple, featuring many of the exquisite arias first sung by Farinelli in the 1730’s. The Duke of York’s Theatre will be transformed for this beguiling and transporting production, lit almost exclusively by the glow of candle-light and with live music played on Baroque instruments.

Mark Rylance will reprise his role as King Philippe V of Spain, Sam Crane will once again play the acting role of Farinelli, while opera star, Iestyn Davies returns in the singing role, which will be shared with Rupert Enticknap and Owen Willetts. The rest of the cast will also transfer with Huss Garbiya playing Doctor Jose Cervi, Melody Grove playing Isabella Farnese, Colin Hurley as Metastasio and Edward Peel as De la Cuadra.

Written by Claire van Kampen, directed by John Dove with design by Jonathan Fensom and musical direction/harpsichord by Robert Howarth. 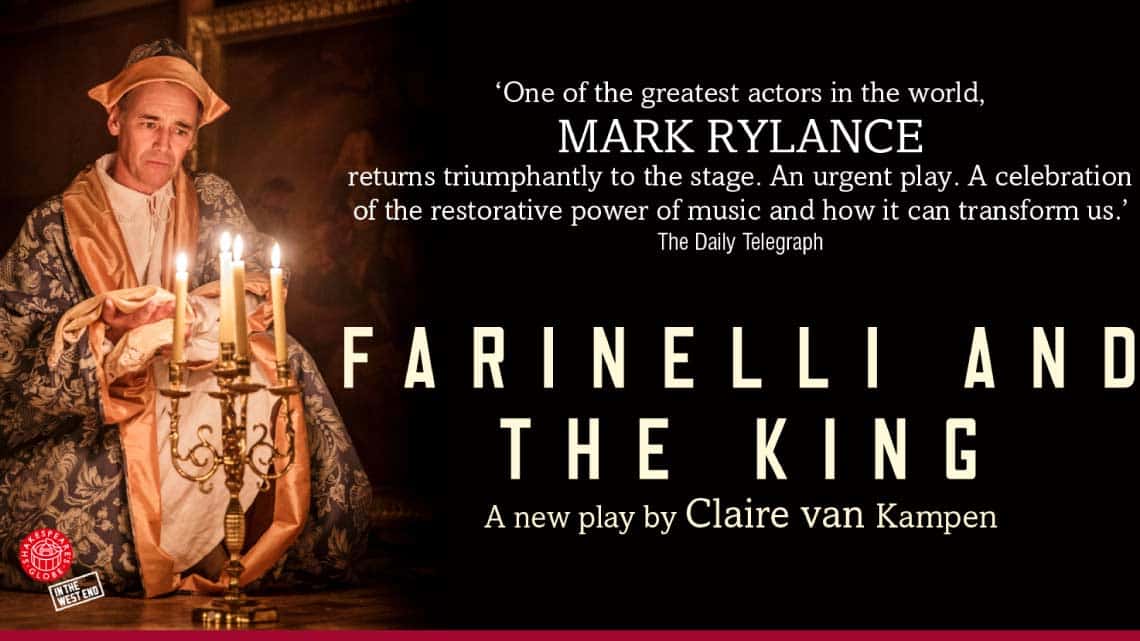 Why book Farinelli and the King tickets with us?