The cast of hit musical Jersey Boys joined Take That last night to switch on the Christmas lights on Regent’s Street.

The lights on Regent’s Street, which are this year themed around new movie Museum: Secret of the Tomb, were turned on by Take That’s Mark Owen, Gary Barlow and Howard Donald.

The festivities were hosted by Heart Breakfast show presenters Jamie Theakston and Emma Bunton, joined by celebs including Jason Donovan.

The Jersey Boys – Michael Watson as Frankie Valli, Edd Post as Bob Gaudio, Jon Boydon as Tommy DeVito and Matt Nalton as Nick Massi –  performed on the stage on Regent’s Street along with boy band Union J and Jessie Ware.

Jersey Boys has recently announced that it is extending its booking period at the Piccadilly Theatre until 25 October 2015.

The hit Tony and Olivier Award-winning show opened in London in 2008 and has now been seen by over 20 million people worldwide.

The show celebrates the remarkable true story of Frankie Valli and the Four Seasons and their rise to stardom from the wrong side of the tracks and features songs including Sherry, Walk Like A Man, December, 1963 (Oh What a Night), Big Girls Don’t Cry, My Eyes Adored You, Let’s Hang On (To What We’ve Got), Bye Bye Baby, Can’t Take My Eyes Off You, Working My Way Back to You, Fallen Angel, Rag Doll and Who Loves You. 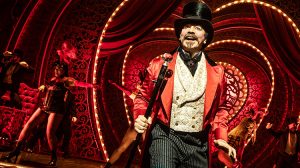 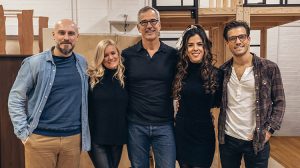 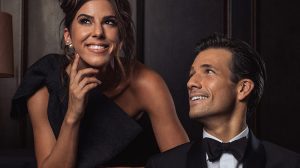