The Scottsboro Boys to tranfer to Garrick Theatre

The Young Vic's sell-out production of Broadway hit The Scottsboro Boys is to transfer into the West End.

The Young Vic’s sell-out production of Broadway hit The Scottsboro Boys is to transfer into the West End. 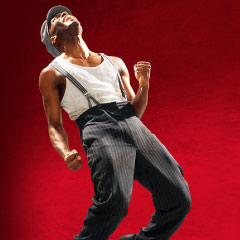 Coming to the Garrick Theatre this autumn, from 4 October 2014, the show is produced by Catherine Schreiber, Paula Marie Black and the Young Vic.

The production was nominated for 6 Olivier Awards this year following its run at the Young Vic  including Best Musical, and scooped the Critics’ Circle Best Musical award in 2013.

Running for a limited season at the Garrick Theatre, the show is directed and choreographed by five-time Tony Award winner Susan Stroman (Bullets Over Broadway).

The Scottsboro Boys tells the fascinating true story of nine young black men who were travelling on a train through Scottsboro, Alabama in 1931 in search of a new life. By the end of their journey their lives had been changed forever. Wrongly accused of an unspeakable crime, their trial would divide a nation, but behind the sensational headlines was the devastating story of a group of young men, desperate to prove to the world that they mattered.

The Scottsboro Boys features music and lyrics by John Kander and Fred Ebb, and a book by David Thompson. This production is directed and choreographed by Susan Stroman with set design by Beowulf Boritt, costume design by Toni-Leslie James, lighting design by Ken Billington, sound design by Paul Arditti and orchestration by Larry Hochman.

Book tickets to The Scottsboro Boys at the Garrick Theatre 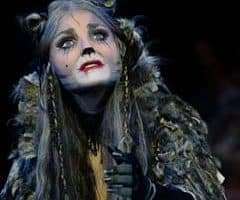 Photos: Kerry Ellis in Cats at the London Palladium