Sally Ann Triplett to star in Viva Forever! at the Piccadilly Theatre. 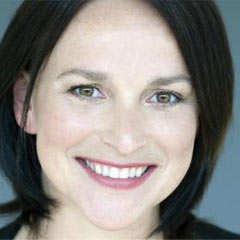 Sally Ann Triplett is clearly a favourite star of producer Judy Cramer having just finished another stint as Donna in Mamma Mia! at the Prince of Wales Theatre (the show has now moved to the Novello Theatre).

And now Sally Ann Triplett will take the lead role of Lauren in Judy’s next project, Viva Forever! – the musical featuring the songs of the Spice Girls and set against the backdrop of TV talent shows.

Sally Ann Triplett trained at the Arts Educational School and has performed in an A to Z of musical theatre including Follies at the Shaftesbury Theatre, Carrie at the RSC and on Broadway, Grease at the Dominion, Jolson at the Victoria Palace, Cats at the New London, Anything Goes at the National and Drury lane, Acorn Antiques at the Theatre Royal Haymarket, Chicago at the Adelphi, Guys and Dolls at the Piccadilly, and most recently in Mamma Mia! at the Prince of Wales.