The timetable has been published for West End Live, the free annual theatre event that returns to London next weekend, on Saturday 23 and Sunday 24 June 2012. 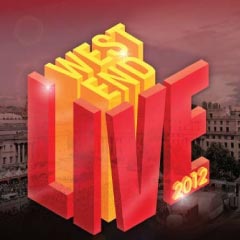 Back for its 8th year,  this spectacular celebration of West End shows returns to Trafalgar Square and for the first time will feature every single West End musical over the two days of the event.

They will be joined by long-running shows including Rock of Ages, Ghost The Musical, The Wizard Of Oz, Shrek The Musical, Stomp, Mamma Mia!, Disney’s The Lion King, Billy Elliot, Jersey Boys, Thriller Live, Chicago, Wicked, The Phantom of the Opera, Les Miserables, Blood Brothers, Dreamboats and Petticoats, and We Will Rock You.

Stars will be out in force for the event, with performances promised by some of the West End’s top talent including Ghost’s Mark Evans, We Will Rock You’s Alex Gaumond, West End favourites Louise Dearman and Daniel Boys, and the casts of all the top shows.

There will also be performances from the West End Gospel Choir, the National Youth Music Theatre, Drag Divas and much more.

Organised by Westminster City Council and the Society of London Theatre, in association with MasterCard, this year’s event will run from 11am to 6pm on Saturday 23 June and 12pm to 6pm on Sunday 24 June.