New kid on the square

The newest theatre to arrive on the London scene is the Leicester Square Theatre, slap bang in the heart of Theatreland. And its combination of comfort and clever programming is proving a hit with a diverse audience of theatregoers.

Fast becoming the home of comedy and cabaret, the 400 seater venue reopened last summer. Originally a Ballroom and then a church hall, the theatre has had over £600,00 spent on it to ensure it ranks as one of the most comfortable venues in London, with cinema style seating and two bars within the auditorium.

A blazing new line-up over the next few months sees a host of international talent from theatre, cabaret and comedy including current show Stop Messing About – which ends this Saturday 24 May. Billed as the Kenneth Williams extravaganza, and from the people behind Round The Horne… Revisited, it’s a brilliantly funny show set during a BBC radio recording featuring Kenneth Williams, Joan Sims and Hugh Paddick.

Other forthcoming attractions worthy of note include controversial American comic Sandra Bernhard, hitting London hard with an updated revival of her sensational standup show Without You I’m Nothing. Also burlesque queen Miss Polly Rae is back with her Hurly Burly Girlys and lots of special guests. Camp extravaganzas featuring Jim Bailey as Judy Garland, and Steven Brinberg and Rick Skye as Barbra and Liza Live, promise nights of untold glamour and unashamed diva worship. Comedy club Just The Tonic has been touring successfully for 15 years and already has a home in Nottingham, and has now set up in London on Saturdays at 10pm featuring an impressive line-up of both new and established comedians. Finally Sammy J brings his hit Edinburgh show In The Forest of Dreams to London for a strictly limited run, featuring 14 puppets that are strictly for adults!

Westendtheatre.com offers discount tickets at many of the Leicester Square Theatre’s shows including Stop Messing About, Sandra Bernhard, Just the Tonic Comedy Club and Jim Bailey as Judy Garland. See below for details.

“It’s not until Robin Sebastian’s Kenneth Williams steps up to the microphone that the hairs stand up on the back of your neck… he’s so good, it’s as though he was born to play the much missed wag” Daily Telegraph.

Sandra Bernhard – Without You I’m Nothing

Bernhard is back – priming her hysterical insight, outspoken views and outrageous mouth for a revival of her critically-acclaimed smash hit show Without you I’m Nothing. With her band The Rebellious Jezebels, Bernhard’s sharp tongue hilariously tears apart the image of celebrity, politics and unashamedly says what we all think. No one is safe!

Save £7.50 on tickets to see Sarah Bernhard

The queen of burlesque Miss Polly Rae returns to the Leicester Square Theatre, showcasing the very best international entertainers, together with the weird, the wonderful and the wildest guest artists, many of whom proved unforgettable at the West End’s critically acclaimed freakshow, SideShow.

Just The Tonic Comedy has been producing shows around the country for 15 years and now has a permanent London home at the Leicester Square Theatre. A riotous collection of acclaimed stand-up comedians are showcased in the next few months, including Jon Richardson, Pappy’s Fun Club, Charlie Baker and Wil Hodgson.

Save 20% on tickets to see Just The Tonic Comedy Club

June 2009 is the 40th Anniversary of the legendary Judy Garland’s passing; she would have been 87 years old. The incomparable Jim Bailey – 4 times winner of Las Vegas Entertainer of the year – brings his acclaimed portrayal back to the West End, singing all her great hits: Over the Rainbow, Get Happy, The Trolley Song and The Man that got Away and some rare gems. An evening full of song, hysterical anecdotes and MGM stories once told by the lady herself.

Save £6.50 on tickets to see Jim Bailey as Judy Garland

Rick Skye impersonates Liza with unsurpassed energy and comedy – through classic songs, some with clever and hilarious rewording such as ‘Mein Chair’ and ‘Betty Ford’ and original versions, with a twist, of Over the Rainbow, Cabaret and Happy Endings, all served with hilarious Liza stories and reflections which are are told with so much pace, comedy and content they leave you panting for more.

Steven Brinberg is the premier Barbra Streisand impressionist, performing his show Simply Barbra to international acclaim both on stage and TV as he pays homage to all that is Streisand. Steven does not lip-sync his performances but accurately portrays Streisand with his own voice.  With over a decade of performing experience, his show has wowed audiences worldwide.

Sammy J: In the Forest of Dreams

Take the music of Disney, the drama of The Lord of the Rings and the emotion of Les Miserables. Then blindfold them, beat them, regain their trust, beat them again, and you might end up with something resembling the Edinburgh Festival hit show Sammy J: In The Forest of Dreams. Walt Disney gets his comeuppance in this skewed tribute to the tales of our childhood. Join Sammy, a cast of 14 puppets, toe-tapping music and award winning puppeteer Heath McIvor as they take you on a magical journey through the Forest of Dreams. Just leave the kids at home! 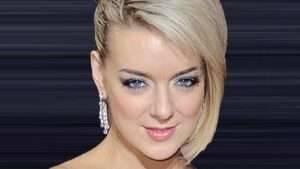