Save £25 on tickets to Hairspray at the Shaftesbury Theatre

Recently Nigel Planer (The Young Ones) and Verity Rushworth (Emmerdale) joined the Hairspray team. The musical continues to break all box office records at the Shaftesbury Theatre and is booking until April 2010.

Brian Conley is one of the UK’s biggest entertainment stars with credits spanning musicals, television, film, comedy and variety.  His career highlights include multiple series of “The Brian Conley Show” for ITV, regular appearances at “The Royal Variety Show”, television comedies “The Grimleys” and “Time After Time” and lead roles in hit musicals “Me & My Girl”, “Jolson” and “Chitty Chitty Bang Bang”, as well as many sold-out comedy and music tours and pantomimes.

In a recent press announcement by the production, Brian said: “I’ve done a lot in my career, but wearing a dress and heels every night and being married to Nigel Planer weren’t things I was expecting to be doing all at the same time, and in front of thousands of people!  I’m absolutely delighted to be back in the West End and joining one of the most uplifting, happy and, not to mention, successful shows in town.  Being part of something that brings a smile to people’s faces, especially in these troubled times, is a real treat and I can’t wait to get on stage at the Shaftesbury.”

Save £25 on tickets to Hairspray at the Shaftesbury Theatre 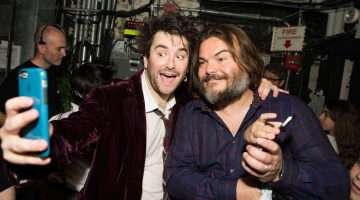