& JULIET, the award wining juke box musical, has celebrated its 2nd anniversary in London. The smash hit musical has been thrilling London audiences since it opened at the Shaftesbury Theatre on 2 November 2019. Tickets for & Juliet are now booking until 12 February 2022.

Inspired by Shakespeare’s Romeo and Juliet, the musical comedy by Schitt’s Creek scribe David West Read, is based on the premise ‘What if Juliet didn’t kill herself in that fateful scene. With her bags packed and ready to escape Verona, Juliet recovers from heartbreak in the best way possible… by dancing the night away with her best friends by her side’.

Fabulously fresh and riotously funny, & JULIET explodes with dozens of pop anthems by legendary songwriter Max Martin, including … Baby One More Time, Since U Been Gone, Roar, It’s My Life, I Want It That Way, and Can’t Stop the Feeling!  The show also includes the brand new song One More Try, written especially for the show by Max.

Miriam-Teak Lee, who was awarded the Olivier Award for Best Actress in 2020 for her performance as Juliet leads a cast including Cassidy Janson, who also won an Olivier Award for Best Supporting Actress for her portrayal of Anne Hathaway, Oliver Tompsett as William Shakespeare, David Bedella, who also won an Olivier Award for his performance in the show as Lance, Jordan Luke Gage as Romeo, Melanie La Barrie as Nurse, and Tim Mahendran as Francois. Alex Thomas-Smith recently joined the principal cast to play the role of May.

As well as the three Olivier Awards, & Juliet also won 6 Whatsonstage Awards – the most of any production in 2020 – and won further awards at The Black Theatre Awards and The Mousetrap Theatre Awards. The show also performed on BBC1’s Strictly Come Dancing in the coveted slot in ‘Musicals Week’.

& Juliet is booking until 12 February 2022 at the Shaftesbury Theatre, London. 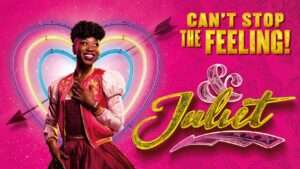 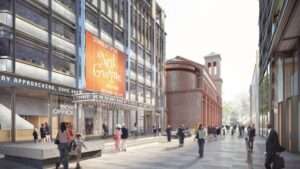 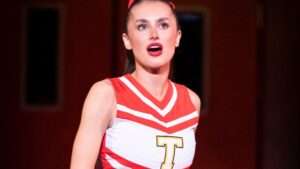