& Juliet tickets are the perfect night at the theatre. Winner of 3 Olivier Awards and 6 What’s On Stage Awards & Juliet is a riotous comic blast of fun with soaring pop music. It proves when it comes to love, there’s always life after Romeo…

Two young lovers are given a new story in this smash-hit musical told through some of the most glittering pop anthems of the last three decades including … Baby One More Time, Since U Been Gone, Roar, Everybody (Backstreet’s Back), Love Me Like You Do and Can’t Feel My Face.

& Juliet tickets at the Shaftesbury Theatre London are available to book for performances up to 25 March 2023 .

What's the story of & Juliet?

Romeo who?! With her bags packed and ready to escape Verona, Juliet recovers from heartbreak in the best way possible… by dancing the night away with her best friends by her side! But when the sparkle fades, the confetti falls and reality catches up, it’s clear that Juliet needs to face her past in order to find her future. Can she reclaim a story that has been written in the stars? Is there really life after Romeo…or could he be worth one more try?

Come along for the ride as the original Anne Hathaway takes on her husband William Shakespeare to remix his legendary play. Will Juliet get the ending she truly deserves? And most importantly, can their love survive this battle of wills?

Who is in the cast of & Juliet?

The London cast of & Juliet is led by Miriam-Teak Lee as Juliet,  Oliver Tompsett as William Shakespeare, Cassidy Janson as Anne Hathaway, Malinda Parris as the Nurse, Julius D’Silva as Lance and Tom Francis as Romeo.

Who are the creative team of & Juliet?

Book tickets to & Juliet at the Shaftesbury Theatre with WestendTheatre.com. You will be purchasing official London theatre tickets from an authorised retailer and member of the Society of Ticket Agents and Retailers. & Juliet booking calendar and seating plan 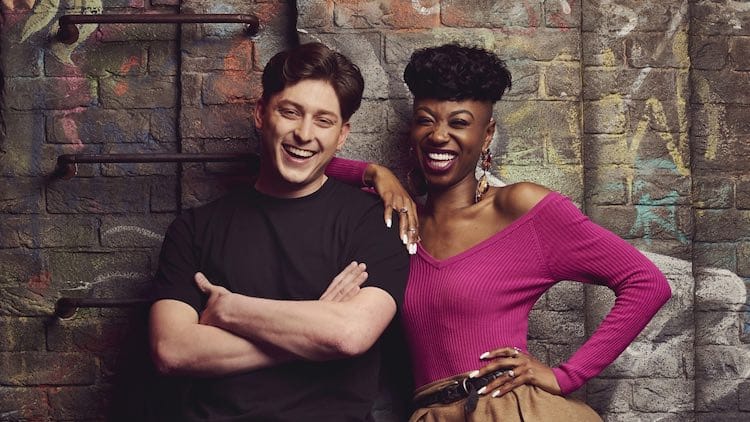 ">
New cast members announced for & Juliet at the Shaftesbury Theatre