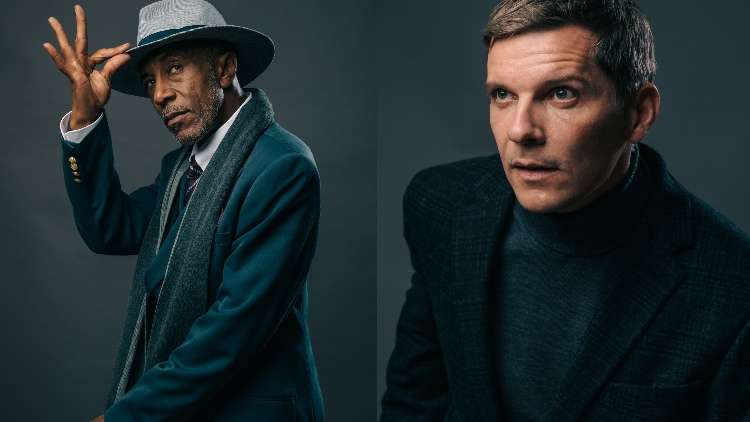 Best known for his TV roles – EastEnders, Downton Abbey, Lark Rise to Candleford, City of Vice – Nigel Harmen’s numerous stage credits include his Olivier Award winning performance in Shrek – The Musical at the Theatre Royal Drury Lane; Three Days of Rain co-starring with James McAvoy; True West at Sheffield Crucible; Guys and Dolls at Donmar Warehouse and Piccadilly Theatre;  Mamma Mia in the West End; Damn Yankees at the Adelphi and The Who’s Tommy at the Shaftesbury Theatre.

Producer Simon Friend said:  “We have a truly stellar cast and creative team bringing The Da Vinci Code to life on stage for the first time, and with Dan Brown’s full endorsement of the show, we’re confident that we’ll please devoted fans as well as newcomers to this magnificent story.”

Dan Brown said: “I am thrilled that The Da Vinci Code is being adapted for the stage, and excited to see the unique potential of live theatre enhance this story. The team making the production has been faithful to the book, but will also bring something new for the audience, in what is certain to be a gripping, fast-paced stage thriller and a thoroughly entertaining show.”

The Da Vinci Code will begin performances the Churchill Theatre in Bromley from 10 January 2022. It will then tour to Nottingam, Sheffield, Bath, Plymouth, Clywd, Coventry, Hull, Wolverhampton, Brighton, Cheltenham, Glasgow, Edinburgh, and Newcastle.

Further casting will be announced for the tour which continues from 26 April in Southampton and going on to Richmond, Woking, Leicester, Norwich, York, Shrewsbury, Dartford, Birmingham, Cardiff, Milton Keynes, Aberdeen, Salford, Leeds, Malvern, Belfast, Guildford, Northampton, Swindon, Liverpol, Manchester and Bradford where it runs until 12 November 2022. A West End transfer of The Da Vinci Code London is yet to be announced.

The Da Vinci Code tickets are now on sale.

Tickets to The Da Vinci Code in Manchester 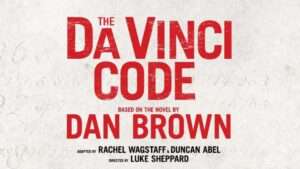 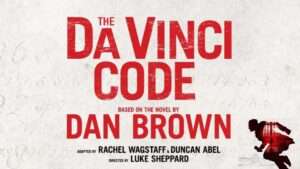 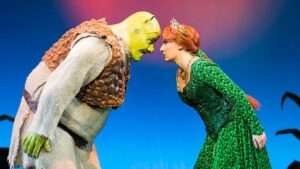 Joanne Froggatt to star in Rabbit Hole at the Vaudeville Theatre

I Can’t Sing! The X Factor Musical to close at the London Palladium