Skip to content
Ambassadors Theatre, London
Booking to 5 June 2022
Sorry, this show is not currently booking.

Cock is booking until 5 June 2022 at The Ambassadors Theatre, London

What is Cock about?

“The fact is that some of us like women and some like men and that’s fine that’s good in fact that’s good, a good thing, but it seems to me that you’ve become confused.”

John (Jonathan Bailey) is happy in himself, and with his boyfriend (Joel Harper-Jackson), until one day he meets the woman of his dreams (Jade Anouka).

In a world full of endless possibilities why must we still limit ourselves with labels? Mike Bartlett’s razor sharp play about love and identity redefines the battle of the sexes as we know it.

Who is in the Cock cast?

Taron Egerton is no longer appearing in COCK. 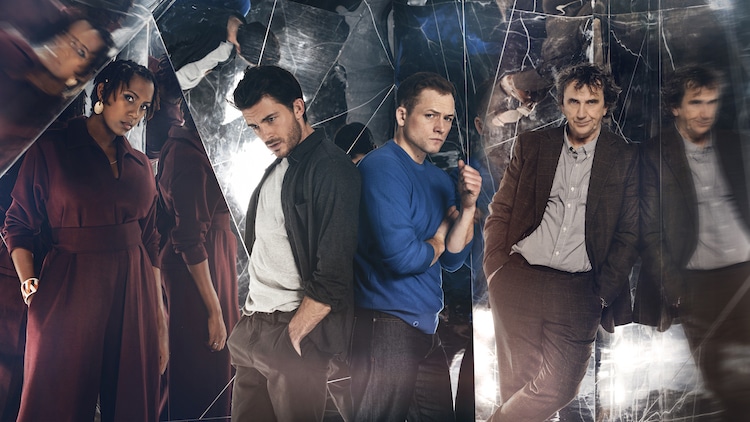 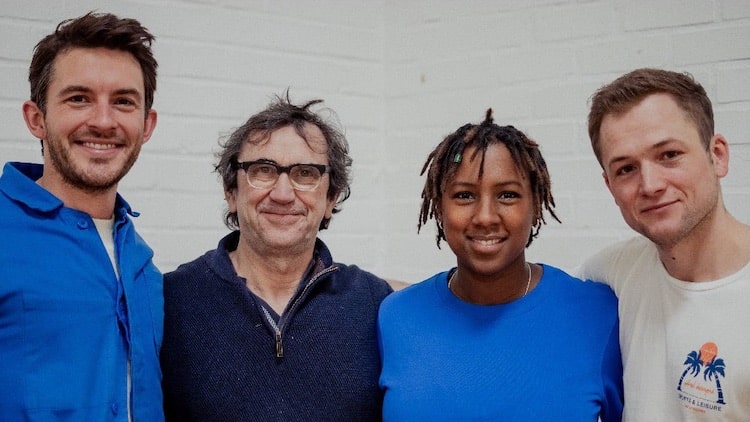 ">
COCK starts rehearsals in London starring Taron Egerton and Jonathan Bailey
The new revival of Mike Bartlett's play COCK at the Ambassadors Theatre has started rehearsals in London, ahead of its 5 March 2022 opening. The play stars Bridgerton's Jonathan Bailey and Rocketman star Taron Egerton as a gay couple whose relationship is thrown into turmoil when one of them "meets the woman of his dreams". Also co-starring Jade Anouka and Phil Daniels, the play originally premiered at the Royal Court Theatre in 2009 starring two high-profile gay actors, Andrew Scott and Ben Whishaw. Marianne Elliot is to direct, following her acclaimed production of Stephen Sondheim's Company, which also starred Bailey, and is currently wowing audiences on Broadway. Book tickets to COCK at the Ambassadors Theatre in London
">
Taron Egerton and Jonathan Bailey to star in ‘Cock’ in London’s West End
Golden Globe winner Taron Egerton (Rocketman) will make his West End stage debut opposite Bridgerton's Jonathan Bailey in the West End premiere of acclaimed play Cock. Mike Bartlett's Olivier Award winning play about love and identity will play a limited season at the Ambassadors Theatre in London from 5 March 2022 until 4 June 2022, with an official press night on 15 March 2022. Jonathan Bailey will return to the stage for the first time since his Olivier Award winning performance in Company. Jonathan plays Viscount Anthony Bridgerton in the Netflix’ period drama, Bridgerton, a role he is reprising in the second series scheduled for release in 2022. His other TV credits include the ITV series Broadchurch, Leonardo da Vinci in Leonardo, Me and Mrs Jones, Doctor Who and WIA (all for the BBC) and Crashing and Chewing Gum for Channel 4. His theatre credits include David Hare’s South Downs, American Psycho at the Almeida Theatre, The York Realist at The Donmar Warehouse, and King Lear (alongside Sir Ian McKellen) for Chichester Festival Theatre. Whilst he is best know for his film roles, Rocketman, Kingsmen: The Secret Service, Kingsmen: The Golden Circle, Eddie The Eagle and Robin Hood, Egerton has appeared on stage in The Last of the Haussmans at the National Theatre and in No Quarter at the Royal Court Theatre. Joining Egerton and Bailey will be rising star Jade Anouka - recently seen on TV playing Ruta Skadi in BBC/HBO's His Dark Materials - and veteran screen and stage actor Phil Daniels (Quadrophenia; This House, National Theatre; Les Miserables,West End). Rising star Jade Anouka (His Dark Materials BBC, Shakespeare Trilogy at the Donmar Warehouse) and Phil Daniels. The play will be directed by Tony Award and Olivier Award winning director Marianne Elliot (Company, War Horse, Curious Incident, Death of a Salesman). The creative team include Designer Merle Hensel, Lighting Designer Paule Constable, Sound Designer Ian Dickinson, Composer Femi Temowo, Movement Director Annie-Lunette Deakin-Foster, Casting Director Charlotte Sutton, Vocal Coach Hazel Holder and Associate Director Chloe Christian. ‘I feel so excited to be working on this beautifully crafted and hilarious play by Mike Bartlett. It keeps you on the edge of your seat throughout. A truly theatrical piece in that it asks the audience to enter the imagination of the storytelling - as only live theatre can do. It’s also all about the acting so to have such a talented, highly experienced, stellar cast is an absolute dream!’ Marianne Elliott said. Playwright Mike Bartlett added:  ‘I love Marianne Elliott’s work and have done for a long time, so I’m thrilled to be able to collaborate with her on this revival. Especially with this incredible cast, which I know will bring both a fresh take and vast experience to a play about love, identity and the passionate human being.”  Cock tickets are now on sale. Cock is booking from 5 March 2022 until 5 June 2022 at The Ambassadors Theatre, London