There has been much “Musicals to Screen” activity of late – here’s a round-up of the latest stories to get your theatre fix on a screen near you.

A trailer has been released for Lin-Manuel Miranda’s (Hamilton, In The Heights) first Netflix feature film – an adaptation of Jonathan Larson’s (Rent) tick, tick…boom!

The Netflix release date is set for Autumn 2021.

The screenplay is by Steven Levenson (Dear Evan Hansen).

The much anticipated film version of West End mega-hit Matilda the Musical has announced its UK release date.

The musical has proved a big hit in the West End at the Cambridge Theatre, and on Broadway. Based on Roald Dahl’s book, the show is written by Dennis Kelly – who also pens the movie, with music and lyrics by Tim Minchin and direction – the stage show and this movie – by Matthew Warchus.

The movie sees Alisha Weir (Darklands, Leave Me Alone) take on the Matilda role, and Emma Thompson (Cruella, Saving Mr Banks) star as Miss Trunchbull, a part traditionally played by a man in the stage show (Bertie Carvel originated the role on stage).

Lashana Lynch (ear for eye, No Time To Die) plays Miss Honey, with Stephen Graham (Line of Duty) and Andrea Riseborough (The Death of Stalin) as Mr and Mrs Wormwood, and comedian Sindhu Vee as the librarian Mrs Phelps.

Sony Pictures will release the film in the UK on 2 December 2022, and Netflix releases rest-of-world soon after.

Roald Dahl’s book was previously a 1996 movie by Danny DeVito.

The new adaptation is based on the 1957 Broadway production by Arthur Laurents, Leonard Bernstein and Stephen Sondheim, as two star-crossed lovers fall in love in New York City in the Fifties.

The movie stars Ansel Elgort (The Goldfinch, Baby Driver) as Tony and Rachel Zegler as Maria.

The big question is: can Steven better the 1961 classic movie musical and keep everyone happy?

Watch the trailer for West Side Story.

Slightly more pressing in terms of anticipation is In The Heights – which is FINALLY, nearly upon us!

18 June is the UK cinema kick-off, a year later than planned. (The US is already out of the starting gate, with their 10 June release date).

Plus Lin Manuel gets a cameo!

Watch Warner Bros’ advert trailer of In The Heights.

There were “hats off” all round when the National Theatre announced that its blockbuster production of Follies would be returning to cinemas as part of NT Live.

Its previous outings have proved cinema box-office gold for the National, and after lockdown hell they – and all theatre – has been through, expect much commercialising of content to be going on over the next few months.

Follies will be back in cinemas from 2 September 2021. Check their NT Live website for details.

Next up we want (okay, demand) that Present Laughter with Andrew Scott makes a re-appearance after the 2020 cancelled NT Live run.

A quick reminder (as if we needed reminding) that the movie of Everybody’s Talking About Jamie is pending an Amazon Prime release this September.

Amazon snapped it up from Disney’s 20th Century Fox – and sadly away from cinemas – but hey, as long as we get to see it, we don’t care.

17 September 2021 is the date for your diaries – for an Amazon worldwide release.

Watch the movie trailer for Everybody’s Talking About Jamie. And see Jamie live in the West End at the Apollo Theatre.

The new Netflix movie musical adaptation of 13 is progressing.

With a screenplay by Robert Horn, and directed by Tamra Davis (The Politician, High School Musical: The Musical – The Series), the movie is an adaption of Jason Robert Brown, Dan Elish, and Robert Horn’s stage musical about a teenager who moves from New York City to small-town Indiana. 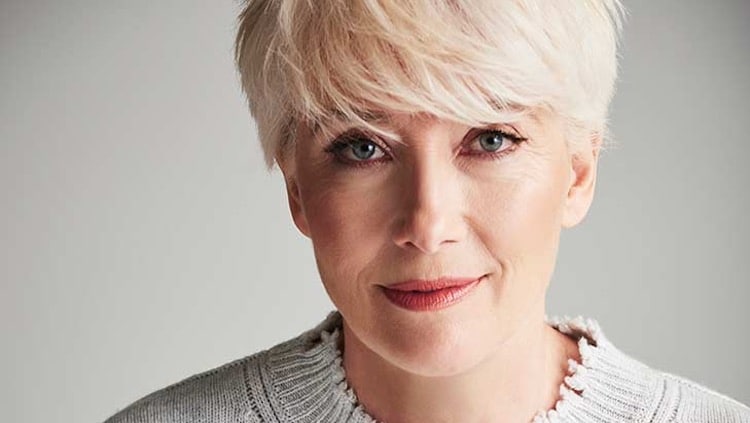