Stephen Sondheim and James Lapine’s multi award-winning musical Into The Woods is rumoured for a major revival in late 2020 at The Old Vic Theatre in London.

A dark and humorous twist on the Brothers Grimm fairy tales, this Tony and Olivier Award-winning musical interweaves the plots from Cinderella, Rapunzel, Jack and the Beanstalk and Little Red Riding Hood into a timeless, yet relevant, piece…. and is a rare modern classic.

Featuring songs – that are now firmly established as musical theatre classics – such as ‘Children Will Listen’, ‘There Are Giants In The Sky’, ‘Stay With Me’ and ‘No-one Is Alone’, Into The Woods is an enchanting and touching masterpiece.

Premiering on Broadway in 1987, the show won Tony Awards for Best Score and Best Book for Sondheim and Lapine respectively, and Best Actress for Joanna Gleason, in a year that was dominated by Andrew Lloyd Webber’s The Phantom of the Opera.

The musical premiered at the Phoenix Theatre in London three years later with a cast including Julia McKenzie as the ‘Witch’ and Imelda Staunton as the ‘Bakers Wife’.

Monty Python’s Terry Gilliam is rumoured to be directing the production.

Further details on the production’s creative team, as well as casting and performance dates have not been rumoured.

Tags: Into The Woods, Stephen Sondheim, The Old Vic 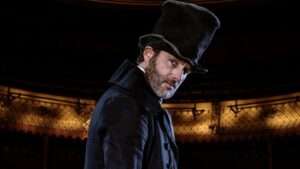 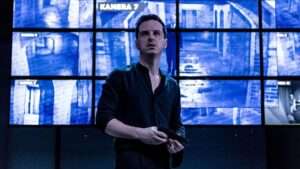