Keira Knightley in The Children’s Hour?

News from the New York Post that our very own Hollywood darling Keira Knightley may make a return to the West End stage in early 2011, following her success in The Misanthrope at the Comedy Theatre earlier this year.

She is tipped to star in Lillian Hellman’s controversial 1934 play The Children’s Hour, playing one of the two schoolmistresses who run a girl’s boarding school. When a disgruntled student accuses the teachers of having a lesbian affair, a series of dramatic events unfold that destroys their lives.

The plan is to take the show to Broadway following its West End run, and it looks like ex-Royal Court artistic director Ian Rickson will direct, following his huge hit with Jez Butterworth’s Jerusalem.

THIS STORY IS NOW CONFIRMED. Book tickets to see The Children’s Hour at the Comedy Theatre in London. 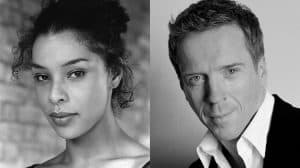