My Night With Reg opens on 23 January in Manchester

Kevin Elyot’s groundbreaking play My Night With Reg will embark on a new UK tour opening at the Lowry at Salford from 23 January 2020.

Funny, sad and sweet, Elyot’s comedy about the relationships of a group of gay men and their connections to the unseen yet magnetic Reg is a moving exploration of friendship, happiness and love, and their fragility in the shadow of the 1980s AIDS crisis.

The production is produced by Green Carnation Company, a Manchester based theatre company dedicated to presenting quality theatre telling queer and LGBTQ+ stories.

My Night With Reg transfers to Apollo

My Night with Reg at the Donmar Warehouse

Cast Interviews: My Night With Reg 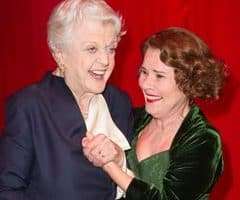 Stars come out for Gypsy first night at the Savoy Theatre