What is The Seagull about?

‘We need the theatre, couldn’t, couldn’t do without it. Could we?’

A young woman is desperate for fame and a way out. A young man is pining after the woman of his dreams. A successful writer longs for a sense of achievement. An actress wants to fight the changing of the times. In an isolated home in the countryside where dreams are in tatters, hopes dashed, hearts broken and there is nowhere left to turn, the only option is to turn on each other.

Who is in the London cast of The Seagull?

Reviews of The Seagull

News about The Seagull
More >

">
The Seagull reviews starring Emilia Clarke – Harold Pinter Theatre 2022 ★★★
Reviews are in for The Seagull starring Emilia Clarke at the Harold Pinter Theatre in London Anton Chekhov’s classic is propelled into the 21st century with an adaptation by Anya Reiss and a stripped back production by director Jamie Lloyd. Emilia Clarke makes her long awaited West End debut as Nina, alongside Tom Rhys Harries (Trigorin), Daniel Monks (Konstantin), Indira Varma (Arkadina) and Sophie Wu(Masha), Jason Barnett (Shamrayev), Robert Glenister (Sorin), Mika Onyx Johnson (Medvedenko), Gerald Kyd (Dorn) and Sara Powell (Polina). In a rare 4-star review from Arifa Akbar found the show 'hypnotic' in a rare ★★★★ review from The Guardian's chief theatre critic, whilst the Evening Standard ★★★★ said "Lloyd’s stripped back and static production won’t please all comers" but "Emilia Clarke is charismatic" and "Indira Varma is mesmerising". Dominic Cavendish ★★ at The Telegraph thought the show was "too static and sapping, in these joy-starved times" with Clive Davis ★★ at The Times agreeing saying "this oddly static production, much of it delivered sotto voce, is closer to a radio play or a rehearsal." Read a round-up of reviews for The Seagull at the Harold Pinter Theatre London. More reviews for follow. The Seagull runs until 10 September 2022. Tickets for The Seagull are on sale. 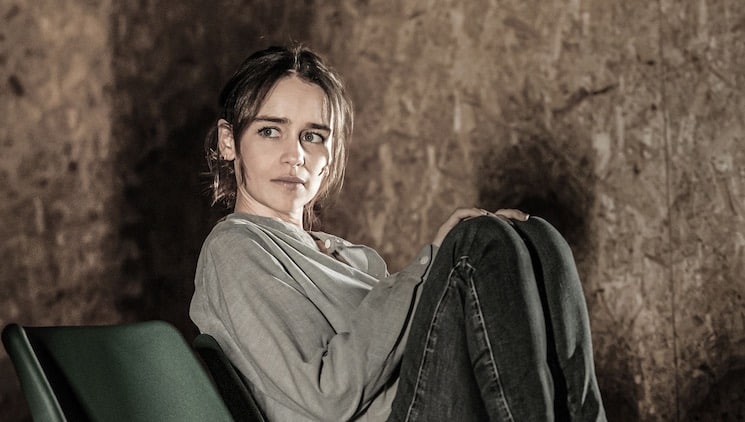