Coronation Street and Emmerdale actor Bill Ward will star in the UK tour and London run of The Glee Club.

Richard Cameron’s raucous comedy about friendship and divided loyalty receives a major revival next year under the direction of Kate Wasserberg, Artistic Directer of Out Of Joint theatre company.

Fresh from playing Hugo / Loco Chanelle in the West End hit Everybody’s Talking About Jamie, Ward will take on the role of Bant.  Ward’s stage credits include Viva Forever, Million Dollar Quartet and Spamalot in The West End, Shakespeare In Love at the Bath Theatre Royal and on tour, Look Back in Anger at Northern Stage and The Lady From The Sea at The Royal Exchange.

Set in 1962, the show follows five hard-working, hard-drinking Doncaster miners, together with their church organist accompanist, as they frantically prepare to wow the audience of a local gala concert with their sweet tones. Little do they know, but both Britain and music are about to change, and so too are their lives. The production will feature the romantic songs of the 1950’s performed live on stage.

First staged at the Bush Theatre in 2002, followed by a West End transfer, The Glee Club was last revived seven years ago to open Cast, in Doncaster, Richard Cameron’s home town.

The revival is a joint production between Out of Joint, Cast and the Kiln Theatre in North London.

Further casting and tour dates to be announced.

Wife, Kiln Theatre – review round up 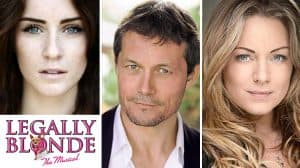