Marisha Wallace and Lizzie Bea will join Michael Ball in the West End revival of Hairspray the Musical at the London Coliseum in 2020.

The previously announced Ball will reprise the role of Edna Turnblad, for which he won both a WhatsOnStage Award and an Olivier Award.

Michael Ball is currently playing Javert in an all-star production of Les Misérables at the Gielgud Theatre, having recently starred in the first major West End revival of Chess at the Coliseum

The huge-hearted, smash-hit musical arrives at the magnificent London Coliseum from next April for a strictly limited 18-week season.

Based on the cult John Waters movie, Hairspray is a colourful, fun and vibrant show which follows Tracy Turnblad – a big girl with big hair and an even bigger heart – as she sets out to dance her way onto TV’s most popular dance show.

Further casting for the musical will be announced.

Hairspray The Musical is booking from 1 September 2020 until 8 November 2020 at the London Coliseum.

UPDATE: This article was amended on 3 April to update re-scheduled dates for this production. Previously scheduled to run from 23 April 2020 until 30 August 2020 at the London Coliseum. 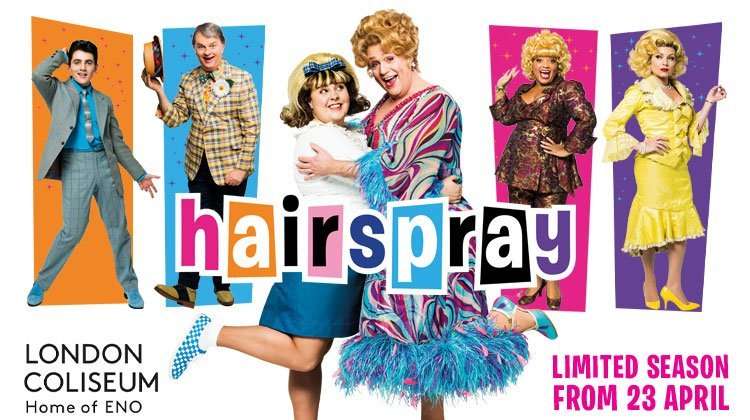