‘The Devil Wears Prada’ musical to premiere in Chicago

The new musical stage adaptation of The Devil Wears Prada is set to premiere in Chicago in 2020.

Based on Lauren Weisberger’s bestselling 2003 novel and the 2006 smash-hit film, the long-in-development show has a score by Elton John and will be directed by Anna D. Shapiro, artistic director of Chicago’s Steppenwolf Theatre Company.

The story follows an aspiring writer who lands a job as an assistant for a magazine editor from hell, played in the film by Anne Hathaway and Meryl Streep respectively. The novel was considered a thinly veiled riff on Vogue powerhouse Anna Wintour as Weisberger had spent time as Wintour’s personal assistant.

The creative team includes lyrics by Shaina Taub and book by Paul Rudnick, described by The New York Times as “may be the funniest writer for the stage in the United States today.”

The show will open in summer 2020 at Broadway in Chicago’s James M. Nederlander Theatre in Chicago, running from 14 July 2020 until at least 16 August 2020, followed by a Broadway and possible West End transfer in 2021.

Group tickets for the Chicago run are now available to book. 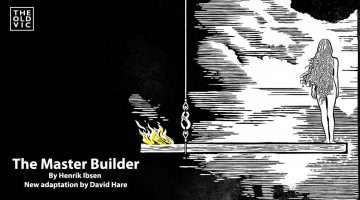