Goldilocks And The Three Bears runs at the London Palladium for 5-weeks 7 December 2019.

Pantomime returns to the London Palladium in 2019 with Matt Baker starring in a new production Goldilocks And The Three Bears.

The One Show presenter will make his West End debut as Joey The Clown in the classic fairy tale which has been transported to a circus setting.

Joining Baker will be pantomime royalty Paul O’Grady and Julian Clary as the The Evil and Good Ringmasters, Nigel Havers as Daddy Bear, Paul Zerdin as Silly Billy and Gary Wilmot as Dame Betty Barnum.

In addition to The One Show, Baker is known for presenting Countryfile, Blue Peter and being a finalist in the 2008 series of Strictly Come Dancing.

Goldilocks And The Three Bears is booking from 7 December 2019 until 12 January 2020 at the London Palladium. 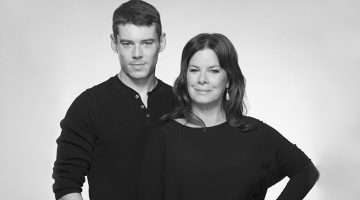