Denise Van Outen has withdrawn from the West End production of Chicago due to injury.

On the day she was due to start rehearsals for the role of ‘Velma Kelly’ in Chicago, it was discovered that she had suffered a stress fracture in her heel.

She will therefore no longer be playing the role from 24 September – 17 November 2018 and her replacement will be announced shortly.

Van Outen previously starred as Roxie Hart in the West End and Broadway productions 17 years ago and her return had been eagerly awaited by her fan base.

Denise currently judges on Ireland’s Got Talent and can also be seen on ITV1’s daytime chat show Loose Women.

Her West End credits include Tell Me on a Sunday, Legally Blonde, Rent and her one woman show Some Girl I Used to Know.

It is anticipated Denise will return to the show following her recovery.

Buy tickets to Chicago The Musical 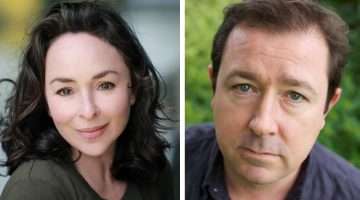