DANNY DYER in A Slight Ache / The Dumb Waiter

British actor Danny Dyer will appear in the closing production of the Pinter season – two unmissable comedies – The Dumb Waiter and A Slight Ache at the Harold Pinter Theatre in London.

Danny Dyer is best known for playing Mick Carter in the long-running BBC series EastEnders and for the cult 90s film Human Traffic.

Danny Dyer began his acting career at sixteen in the TV series Prime Suspect 3, which led on to appearances in A Touch of Frost, Loved Up, Thief Takers and Soldier Soldier. He later appeared in the TV dramas, Second Generation, Skins and Hotel Babylon.

Dyer’s on-stage work includes a previous history working with the legendary playwright Harold Pinter, first appearing in a small role in Celebration at the Almeida Theatre in London in 1999. This part was followed by Pinter casting him in No Man’s Land at the National Theatre, and later as Joey in his final play The Homecoming in 2008, the year of Pinter’s death.

Dyer said in a Guardian interview, “[Pinter] was a tyrant… but he could get away with it because he was so enchanting. He was a poet.”

Known more recently for playing the role of Mick Carter in the popular UK British TV drama EastEnders, Danny Dyer’s breakthrough role was as Moff in the cult 90s movie Human Traffic. Often cast in hard-man role, Danny has also appeared in Mean Machine, Vendtta, Captured and The Football Factory, in addition to multiple parts in films and dramas.

What role does Danny Dyer play

What is A Slight Ache / The Dumb Waiter about

Flora and Edward’s lives are about to change forever in the play, A Slight Ache, when a mysterious character enters their elegant country home.

The tragi-comedy The Dumb Waiter explores the absurd, through the story of Gus and Ben, two hit-men, who await their target in a derelict building. The play explores the cost of their quest for meaning, during an argument that leads them to question the reason why their boss wants them to carry out the hit.

Find tickets to A Slight Ache / The Dumb Waiter

Performing all twenty of Harold Pinter’s one-act plays together for the first time to celebrate the 10th anniversary of his death, The Pinter at the Pinter season will run for 24 weeks from September 2018. 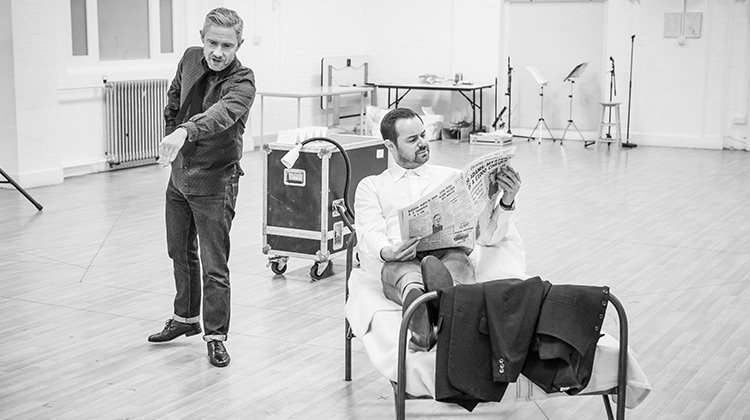 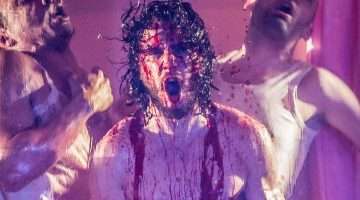