Martin Kemp to star in Chicago

Martin Kemp will star as smooth-talking lawyer Billy Flynn in the West End revival of Chicago.

Best known as the bassist Spandau Ballet and for his portrayal as Steve Owen in the BBC soap EastEnders, Kemp’s acting roles include Reggie Kray alongside his brother Gary as Ronnie Kray in the film The Krays and Sam Phillips in the UK tour of Million Dollar Quartet.

Kemp takes over the role from Cuba Gooding Jr on 2 July 2018, for a limited season until 1 September 2018 at the Phoenix Theatre.

Further casting for the next booking period of is yet to be announced.

Chicago has a book by Fred Ebb and Bob Fosse, music by John Kander and lyrics by Fred Ebb.

Chicago is currently booking until 6 October 2018 at the Phoenix Theatre. 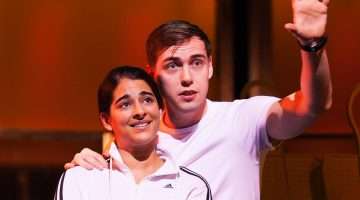