A review round-up for Chicago The Musical at the Phoenix Theatre, London

After 6 years away from the West End Chicago the Musical is back to razzle dazzle the city of London.

Winner of six Tony Awards, two Olivier Awards and a Grammy, Ebb and Kander’s classic 1975 musical production has thrilled audiences across the world.

Chicago tells the story of wannabe starlet and nightclub singer Roxie Hart, who is incarcerated and trialed for murdering her lover. She enlists the help of the charismatic and smooth-talking lawyer Billy Flynn to free herself from jail.

This stocking filled, sizzling musical previously ran in London for 15 years in the West End, but will it be doing the Cell Block Tango for many more to come? 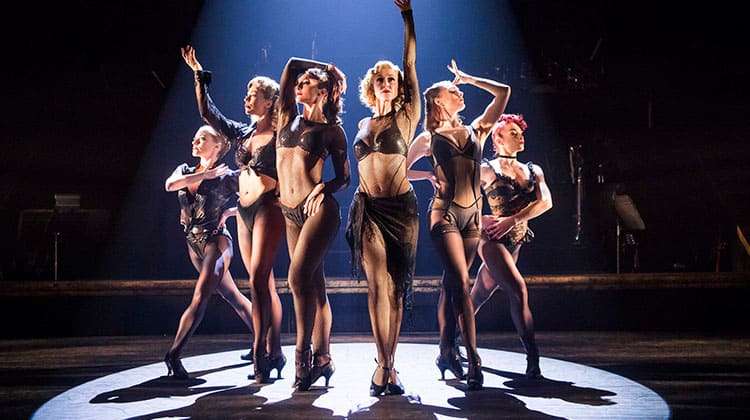 “Gooding gives an amiable enough performance, but he doesn’t boast a strong or confident singing voice.

Instead the show belongs, as it must, to those two publicity-hungry murderesses, Velma Kelly (Josefina Gabrielle) and Roxie Hart (Sarah Soetaert), who vie to outwit each other when it comes to column inches.

Towering even over them in the magnificence stakes is Ann Reinking’s delicious choreography in the trademark angular black-clothed manner of Bob Fosse. It’s a constant lithe and limber delight throughout this slick and pacey show.”

“Kander and Ebb’s show about crime and celebrity is faithfully recreated but is beginning to resemble an animated corpse.

The show is harsh, cynical and funny and chimes well with an age that understands the psychotic nature of celebrity. I’m all for reviving old musicals, but this one has not been imaginatively rethought.

The lead actors all do their stuff, the ensemble is lively and the onstage band, under the direction of Ian Townsend, is exceptional: the evening’s best moment comes when the brass are given the spotlight at the start of the second act.

But, while it is pleasant to renew acquaintance with numbers such as All That Jazz and Razzle Dazzle, everything is exactly as I remember it from 1997: that includes the chilling moment when a rope descends from the flies as a Hungarian girl dies protesting her innocence to remind us of the reality of judicial murder.

For all the cast’s commitment, this is as much a piece of museum theatre as those old Soviet shows that went unchanged through the decades.” 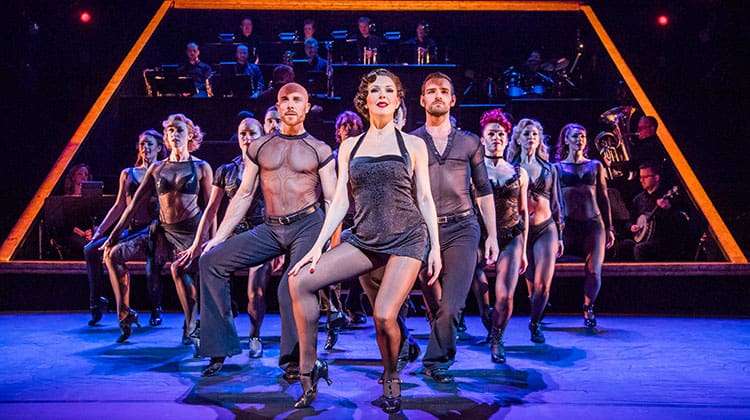 “It’s hardly Chicago’s fault – more a consequence of the show’s success and longevity – but there’s something about that black and red colour scheme, the mesh shirts, the campy sleaze that, 21 years on, seems more parody than revolutionary.

This is still the same production, minute by minute, as that which opened at the Adelphi Theatre in 1997 – and it could really do with an update. While Kander and Ebb’s tightly integrated score and book, equating the seedy glitz of showbusiness with the vaudeville of the justice system, is still a thrill, this production feels slack, sluggish and awkwardly cast.

Pulling power comes from Oscar winner Cuba Gooding Jr, making his West End debut – and oh dear. It’s not great. At all. The hoarse voice is forgivable – he’ll get over that eventually – but what kills it is the lack of precision as soon as the musical phrases become remotely intricate. He can bash out a melody slowly, but beyond that he loses detail, fudges notes and hopes that his charming smile and knowingly cheap, cheery showmanship can get him through.”

“This is a show with just the right amount of razzle-dazzle and which knows when to turn down the dial to give its audience more reflective moments, such as in the song Class. Gooding shows he has that in spades.

It is easy for musical theatre actors to swim in the shallow end of their characters’ psychological states, but Gooding gives a complete performance, showing a touch of the failed vaudevillian who knows his best days are behind him.” 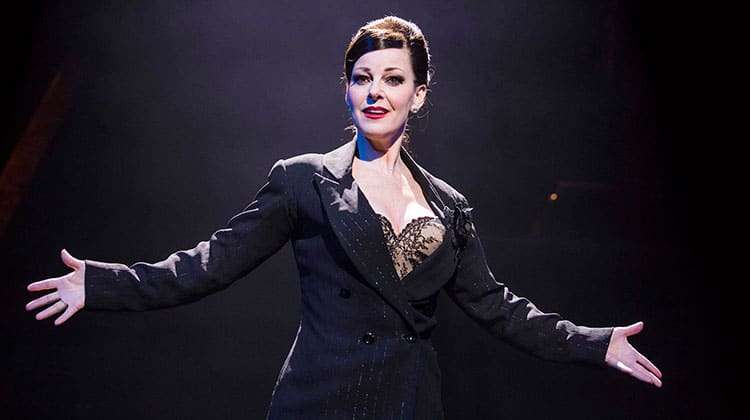 “If it’s your eyeballs you want popping, you won’t be disappointed. Every one of the company of dancers is a variation on Aphrodite or Adonis, with barely a stitch of clothing. Body-hugging costumes make sure we don’t miss a toned ab, curving buttock or quivering cleavage.

Fosse’s choreography — revamped by Ann Reinking and Gary Chryst — once more storms the stage but is somewhat cramped, with only a few metres available in front of a huge bank of seating for the band. This makes the dancing feel like a hectic frieze. With so many bodies sculpted like Greek gods, perhaps an evocation of the Elgin marbles isn’t so bad.

This is a spirited revival, even if it feels like we’ve been there (and got the g-string).”

“Academy Award-winner Cuba Gooding Jr has been cast in the role of louche lawyer Billy Flynn. He’s… okay. He can’t really sing but he has a rumpled, unaffected charisma that at least makes him likeable. His presence hardly feels like event theatre, though: he’s here to get bums on seats, not fuck with the show’s formula.

Experienced musical theatre performers and ‘Chicago’ veterans Sarah Soetaert and Josefina Gabrielle hold down the main parts.. And they’re solid: the show retains a classy edge and strong fundamentals, not least because of the high kickin’ choreography, styled after that of the show’s original director Bob Fosse.

But in many other respects, it’s starting to show its age. The aggressively sexy/‘sexy’ black mesh costumes feel like the paraphernalia of a bygone, lairier era. The commentary on the relationship between infamy and actual fame feels somewhat unsophisticated in the age of Trump. And like Stephen Daldry’s production of ‘An Inspector Calls’, it just feels like it’s cock-blocking fresh takes on a piece that’s really too smart to spend the rest of eternity locked in 1996.” 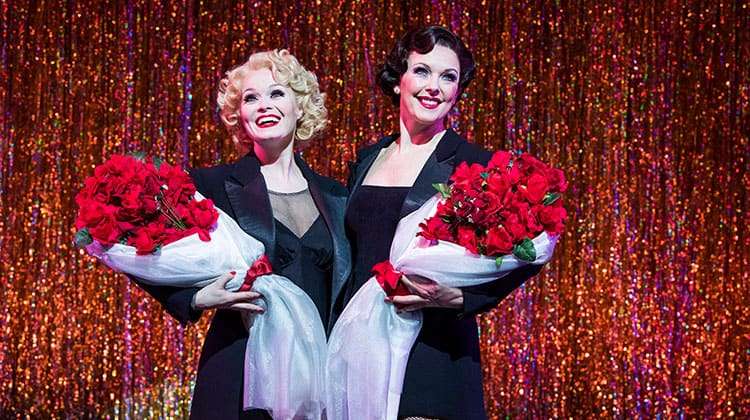 Chicago is booking until 6 October at the Phoenix Theatre, London.