Bailey will star alongside Ben Batt in The York Realist

Jonathan Bailey will make his Donmar Warehouse debut in Robert Hastie’s revival of The York Realist.

Bailey’s other notable performances include The Last Five Years opposite Samantha Barks at The Other Palce,  American Psycho (Almeida), Othello (National), The Girl with the Pearl Earing (West End) and King John (RSC).

Set in 1960s Yorkshire, Peter Gil’s influential play about two young men in love is a touching reflection on the rival forces of family, class and longing. 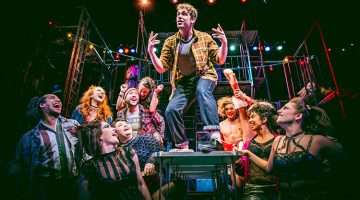