STOMPing its way into the West End history books.

Firmly established as one of the West End’s longest running shows, last night the cast of STOMP celebrated the show’s 15th Birthday in London’s West End.

Cast member Andrew Patrick brought a birthday cake onto the stage at the end of the show with the audience singin happy birthday to cast and crew.

Sadly, audience members didn’t get a slice of cake.

Since bursting onto the scene at Edinburgh Festival in 1991, STOMP has toured the globe for 26 years, playing to more than 12 million people in 53 countries across 6 continents.

The production ran at Sadlers Wells in 1994 winning the Olivier Award for Best Choreography, but it wasn’t until 25 September 2002 that it took up permanent residence in the West End, first playing at the Vaudeville Theatre for five years, and then transferring to its current home the Ambassadors Theatre on 27 September 2007.

STOMP is currently the 12th longest running show in the history of the West End, however its got some way to catch up on The Mousetrap (65 years),  Les Miserables (33 years), Phantom of the Opera (31 years) & The Woman in Black (28 years) which are all still going strong.

STOMP is currently booking until 15 April 2018 at London’s Ambassadors Theatre. 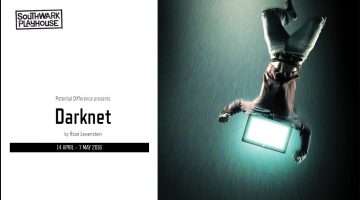