Broadway star Patti Lupone has signed on for the London production of Company.

Lupone will play the role of ‘Joanne’ in her first full scale production of Sondheim’s Tony Award winning musical. She has previously appeared in concert productions of Company and her rendition of ‘Ladies Who Lunch’ is a youtube sensation.

Patti LuPone said: ‘I saw War Horse in New York and The Curious Incident of the Dog in the Night-Time in London. I came out of both productions blown away by Ms Elliott’s vision. So naturally I am thrilled beyond words that she wants me to be a part of Company.

“I thought I’d sworn off musicals, but working with Marianne was an opportunity I couldn’t resist.”

Lupone is currently starring with Christine Ebersole in the soon to close Broadway production of War Paint.

British actress Rosalie Craig will play the lead role of “Bobby” re-imagined for the first time as a woman.

Stephen Sondheim and George Furth’s musical about life, love and marriage is directed by Marianne Elliott (War Horse, The Curious Incident of the Dog in the Night-Time) with set and costume by Bunny Christie.

The musical centres on Bobbi’s 35th birthday party, where surrounded by all her friends, they wonder why she can’t find the right man, settle down and get married.

The musical masterpiece opens in September 2018 at the Gielgud Theatre. 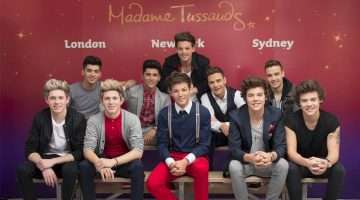