Charles Dickens A Christmas Carol at The Old Vic Theatre.

ABOUT A Christmas Carol

The Old Vic’s A Christmas Carol fills the auditorium to the brim with mince pies, music and merriment. A unique staging immerses the audience in this uplifting story.

WHO’S IN IT? A CHRISTMAS CAROL CAST

Written by Charles Dickens, adapted by Jack Thorne, directed by Matthew Warchus with design by Rob Howell,lighting by Hugh Vanstone, sound by Simon Baker and music composed and arranged by Christopher Nightingale.

Buy A Christmas Carol tickets at the Old Vic Theatre by using the Search Box at the top of the page or by clicking the Buy Now button above. You will be purchasing tickets via our preferred ticketing partner Encore Tickets, who are a fully bonded and licensed ticketing company and members of STAR - the Society of Ticket Agents and Retailers. Encore offer real-time ticketing with confirmed seat locations at the time of booking so you know your seat numbers before you book your A Christmas Carol tickets.

Why book A Christmas Carol tickets with us? 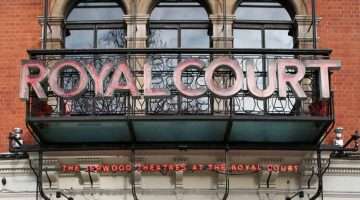