Evita returns to the West End

Wicked's Emma Hatton to star in Evita at the Phoenix Theatre. 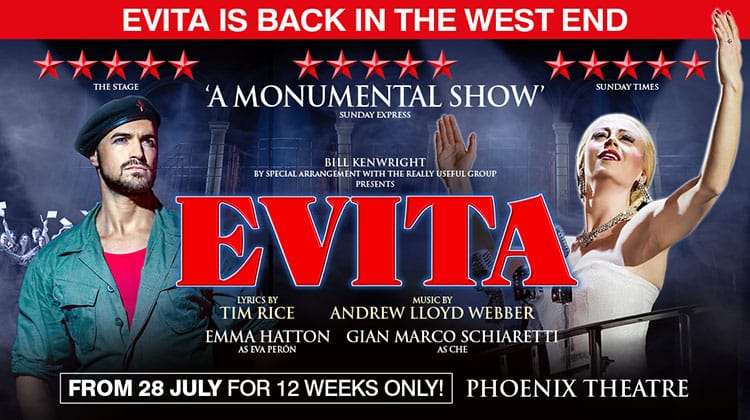 Tim Rice and Andrew Lloyd Webber’s musical Evita returns to the West End for a limited run at the Phoenix Theatre.

Telling the story of Eva Perón, wife of former Argentine dictator Juan Perón, Evita follows Eva’s journey from humble beginnings to mass wealth, power and ultimately being heralded as the ‘spiritual leader of the nation’ by the Argentine people.

The show features much loved musical theatre songs Don’t Cry for Me Argentina, On This Night of a Thousand Stars, You Must Love Me, and Another Suitcase in Another Hall.

The award winning musical was famously adapted for the screen in 1996 starring Madonna and Antonio Banderas.